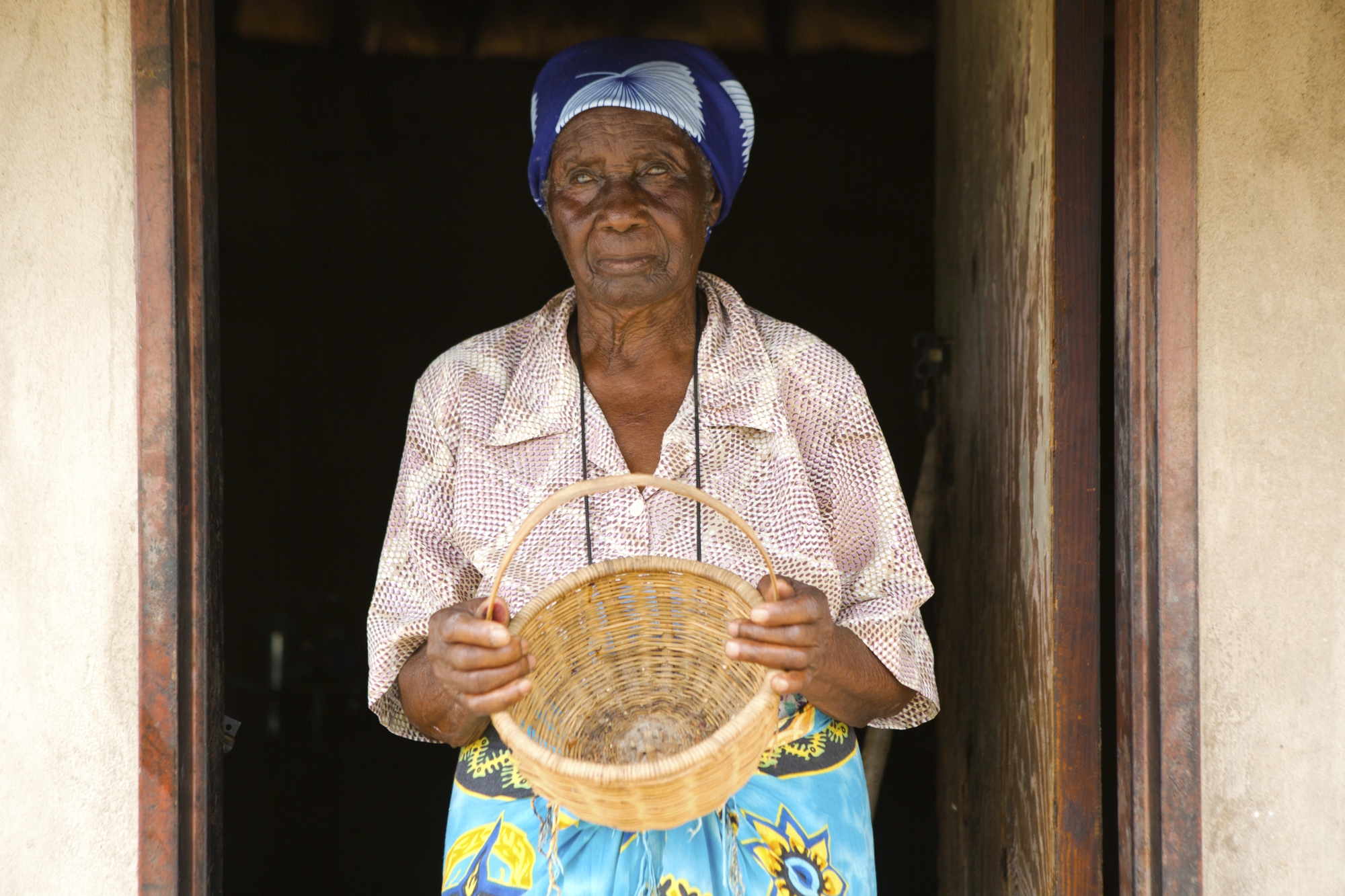 MUDZI, Zimbabwe (AP) — Living alone in Zimbabwe’s arid Mudzi district, Leah Tsiga’s best friend is her cat. But when it comes to food, each has to look for their own and the 90-year-old Tsiga often comes second best.

The crafty feline forages in nearby bushes for rats, birds, insects and worms. As for the frail Tsiga, she sometimes goes for days without a solid meal, as Zimbabwe is ravaged by a combination of drought and deepening economic crisis.

“I approached one of my neighbors who felt pity for me and gave me a bowl of mealie-meal and some sugar for the porridge,” she told The Associated Press, sitting outside her round, grass-thatched hut.

She used to get help from her three children, but they are battling to make ends meet because of Zimbabwe’s high unemployment.

“They all went to Harare (the capital) to look for jobs,” said Tsiga. “They are also struggling. So it’s just me and my cat here,” she said.

Zimbabwe is among the world’s most food-insecure countries with more than half of its 15 million people in need of food assistance, according to U.N.’s World Food Program.

A drought, described by experts as the most severe in decades and worsened by climate change, has seen large numbers of rural farmers unable to grow adequate food.

A debilitating economic crisis that has seen Zimbabwe’s annual inflation spike to 500% — second only to that in Venezuela — has worsened the situation and left millions of people desperate for survival.

In Mudzi, about 230 kilometers (143 miles) northeast of Harare, the situation is palpably dire and it has especially hit the elderly. Making up about 4% of Zimbabwe’s population, they are often neglected by family members, don’t get enough support from the government and must keep farming their small patches of land. Many are reliant upon international food aid.

Walking bent over with a cane, 89-year-old Sophia Chatundumura said she had to hike about 5 kilometers (3 miles) to reach the point where food aid was distributed because her grandchildren were away at school.

“I can’t ask for help from my neighbors because they also have nothing,” she said.

The international food assistance is targeting “the most vulnerable groups, the elderly whom we expect not to work in the fields or to get enough harvest to take them throughout the year,” said Never Chituwu, an official with World Vision, an international charity that participated in the food distribution. He added that many elderly are taking care of orphans.

Of the 134,000 people in Mudzi district, more than half are in urgent need of food assistance, said the local district administrator, Robert Mzezewa, adding that many younger people have resorted to the often violent small-scale gold mining to survive.

The World Food Program is assisting 3.5 million people across the once-prosperous nation with food until April when people are expected to harvest this year’s crop, said Claire Neville, a communications officer with the organization.

But that’s assuming there will be something to harvest.

Rains have been sparse this year and staple crops such as maize and sorghum are stunted and wilting across the district, a few kilometers (miles) from Mozambique, another country hard hit by the drought. Many people did not even plant due to the erratic rains and large swathes of land lie fallow.

“It is becoming difficult to depend on the rains these days. Mudzi had rains in December, followed by a sudden dry spell lasting 23 days. The rains returned briefly in January, but it was too late for the crops, and farmers,” said Godfrey Mboweni, a government agronomist.

“As climate change is intensifying, Zimbabwe and indeed all of southern Africa is a prime example of people suffering most from climate change,” said Neville, the WFP officer.

Many shops in the district were closed while those still operating had just a trickle of customers as few people have money to buy food items, even when they are available in shops.

Nearly 1,000 people of all ages gathered at Nakiwa village in Mudzi, to receive monthly food rations. Before the distribution, people prayed and then recited slogans for smart agriculture strategies they learned in training workshops.

The elderly became the butt of friendly banter to lighten the mood among people sitting on stones and under the shade of small jatropha trees to escape the searing heat.

“This is not a modelling show, walk faster you girls,” shouted one woman to three grannies limping their way to the food distribution point. People burst out in laughter, before lining up behind the old women to collect rations of cow peas (black-eyed peas), maize meal and vegetable oil.

“There is too much hunger here … I can no longer cope,” one of them, 61-year old Mavis Pawandiwa later told AP, breaking down several times and battling to contain her tears.

After receiving her food rations, Tsiga, the old woman with the cat, returned home to cook sadza, a stiff porridge made from ground maize that she had received. To go with it, she cooked leaves from the pigweed (amaranthus) and okra growing among a faltering pearl millet crop in her small field.

“It is not old age that will kill me, it is hunger,” said Tsiga, as her cat, seemingly on a full stomach, slept contentedly nearby.