Zim’s bush bakeries: An act of novelty or sheer absurdity? 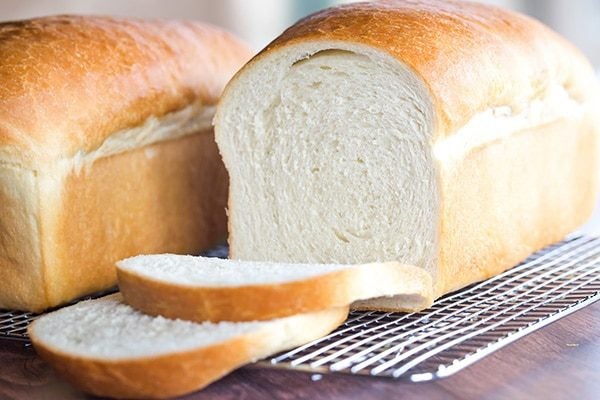 LATE last year, bread prices in the country started shooting through the roof as government allowed general free market economics to play out in the hope of ensuring that the country’s economic fortunes buoyed.

Generally, bread is perceived as basic food, and has thus been largely used as a metaphor for basic needs, often referred to as “bread and butter” issues. Wheat, the source of bread, is probably next only to the country’s staple – maize in terms of priorities.

With many ordinary people forced to consider alternative foods as bread slowly eased out of reach, a Gweru man, Douglas Kwande, was presented by the country’s authorities as the answer to the bread crisis.

Kwande, a wheat farmer who claimed he was producing quality bread for the Gweru community, met government officials and convinced them that he had the capacity to produce enough bread to feed the country.

The businessman, who was invited by then Industry and Commerce minister Nqobizitha Mangaliso Ndlovu, said the bread would be produced from 100% locally-grown wheat which had found many takers among established bakeries.

Soon after the showcase, which was dismissed by many as a publicity stunt, Zimbabweans woke up to the realisation that bread was now selling at between $18,50 and $20. That was the last the nation heard of Kwande and his claims that he had the capacity to supply the whole country with bread.

According to the Grain Millers Association of Zimbabwe (GMAZ), the country needs about 450 000 metric tonnes of wheat annually for bread, thereby dismissing claims that Kwande and his bakeries can supply enough wheat for dough to feed the whole nation.

“On the issue of Zimbabwe having enough locally-produced wheat, you might be aware that the country needs 450 000 metric tonnes of wheat per year, but the country is currently producing half or less than half of that,” said Grain Millers Association of Zimbabwe a few months ago.

The Zanu PF government again pulled out another stunt when it recently, in a bid to avert the bread shortage, set up community bakeries that have attracted the moniker “bush bakeries” due to their rustic nature.

Former Tourism minister Priscah Mupfumira and her colleague in the Small and Medium Enterprises Sithembiso Nyoni commissioned the bakeries in Makonde.

However, due to shortage of raw materials — mainly flour, the bakery closed shop as soon as the government bureaucrats headed back to the capital, Harare.

The bakeries demand the use of firewood, a move that irked environmentalists who are now concerned about the looming massive deforestation if the project succeeds.

Zanu PF is currently training five people per ward on how to construct the mud oven as well as to bake bread before instructing them to go back home and impart the knowledge to others – a move that is expected to address bread shortages even in the marginalised far-flung regions.

Not so long ago, a big sugar manufacturing company hiked prices of the commodity — another key ingridient in the baking of bread.

With the country’s leadership keen on transforming Zimbabwe into a middle class economy by 2030, the advent of the bush bakeries has put the former bread basket of southern Africa under the spotlight in as far as modernity and innovation is concerned. Returning to medieval technology will obviously not get the country any closer to 2030.

About 20 years ago, the nation had flourishing community bakeries but most were forced to close shop due to incapacitation as the economy began to falter.

A Zanu PF official in Mashonaland East Province who preferred anonymity said despite the criticism on the issue of community bakeries, the programme has found takers and his constituency has welcomed it.

“There is a lot of criticism on this issue of community bakeries, but what people need to know is that Zanu PF has a target constituency. The constituency welcomes all strategies by the party and this is the reason why community bakeries are being welcomed by the party structures mainly in the rural areas. As of today, the project is flourishing despite negative publicity via social media platforms,” said the official. Some months ago, war veterans in Bulawayo announced that they were going to bake cheap bread for the people at their offices.