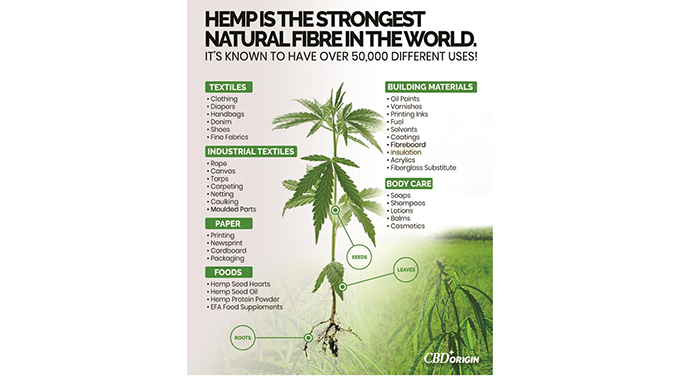 Sifelani Tsiko Agric, Environment & Innovations Editor
Zimbabwe has planted its first legal hemp crop after it took steps in 2018 to decriminalise cannabis by adopting legalisation policies to tap into the opportunities that exist in this multi-billion dollar industry.

The two firms were allowed to grow the hemp crop after paying a licence of around US$46 000 each.

ZIHT with its funding partner NSK Holdings and technical partner Symtomax — a Portuguese firm planted six varieties of industrial cannabis on a 10-hectare piece of land owned by the Harare Central Prison on the eastern outskirts of the capital.

The planting of the first cannabis crop was witnessed by Lands, Agriculture, Water, Climate and Rural Resettlement Minister Perrance Shiri.

“This project is the first of its kind in the history of our country,” he was quoted saying.

“This pilot project will provide essential knowledge or information for the successful production of this crop. The benefits that will be derived from the production of industrial hemp are enormous and varied.”

In Marondera, about 72km east of Harare, a British firm Eco Equity has also started work on a US$6,3 million medicinal cannabis project.

The company is targeting to complete a greenhouse by April next year and start to plant its first cannabis crop there after.

It expects to begin exports of the product in the third quarter of 2020.

The company secured a long-term lease on a 2 000-hectare piece of land.

“After months of planning, we have moved on to the next exciting phase of our project and we are already seeing the first pictures of the work undertaken,” Jon-Paul Doran, Eco Equity CEO was quoted in the media saying.

“We believe we have the perfect site in terms of both location and climate to cultivate the optimum quality cannabis, which we can use for medicinal purposes. We have employed experts from around the globe to ensure our facilities are cutting edge as we look to provide an alternative natural cure.”

Cannabis plants need four to five months to mature before it is processed into various products.

A well-regulated medical cannabis or industrial hemp industry in Africa has potential to stimulate economic growth and create jobs across the entire continent, a new report reveals.

According to the latest New Frontier Data report titled: “The Africa Regional Hemp and Cannabis Report: 2019 Industry Outlook,” the continent could create over 320 000 jobs in states with legal, regulated markets.

African countries are steadily moving to fast track the approval of regulatory mechanisms to tap into an industry estimated at US$344,4 billion as at 2018.

Although cannabis is still illegal in most African countries, it has been grown on the continent since time immemorial.

Lesotho was the first African nation to legalise medical cannabis in 2017, followed by South Africa’s functional legalisation of adult use in 2018.

New Frontier Data estimates that Africa’s overall market accounts for 11 percent of the total global cannabis market, with US$37,3 billion in combined legal and illegal sales out of the total US$344,4 billion worldwide.

International demand also offers a strong opportunity to unlock the potential value of Africa’s legally produced cannabis, which other researchers estimate could be worth up to US$7,1 billion annually by 2023.

“The hemp industry is a boon to economical equity and balance. It is not wise to take such a valuable resource for granted any longer,” says Dr Zorodzai Maroveke, founder and head of the Zimbabwe Industrial Hemp Trust.

“Africa’s most sizeable cannabis markets are those with the largest populations: Nigeria ($15,3 billion), and Ethiopia ($9,8 billion), followed by Morocco ($3,5 billion), a noted source of hash for most of Europe,” the latest New Frontier Data report on cannabis says.

“The continent’s growth presents opportunities for both medical cannabis and industrial hemp. The plant and the industries surrounding it can support several of the UN’s Sustainable Development Goals (SDGs), including those that are highest priority for African citizens, and some of the low-tech, low-cost, accessible applications of industrial hemp can be quickly activated to support the health and growth of Africa in the coming decades.”