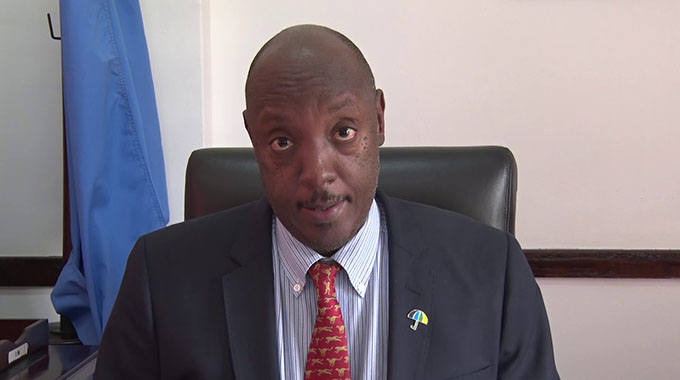 BY NIZBERT MOYO
THE World Health Organisation (WHO) says malaria remains a public health threat for the country which has a weak health delivery system characterised by lack of drugs and medicines.

“Despite the progress made, malaria still accounts for about 40% of outpatient attendances in the moderate to high transmission districts, especially during the peak transmission period,” WHO said.

“There has been growing evidence of resistance to chemical-based malaria vector interventions. This has necessitated the call for alternative non-chemical-based innovations for vector control such as house screening.”

Speaking on behalf of WHO country representative Alex Gasasira during the opening of a five-day methodology workshop on Health Labour Market Analysis in Bulawayo on Monday, James Asamani expressed concern at the country’s health delivery system.

“It is becoming a concern to note that Zimbabwe’s pace of improvement is no longer as fast as we hoped for — Zimbabwe’s Universal Health Coverage (UHC) index has remained around 55% since 2015,” he said.

“A closer look at the data shows that one of the weak links in the health service delivery is the inadequacy in the numbers of health workers, inappropriate skill mix and inequitable distribution throughout the country.”

In the African region, the latest UHC index is 46 out of a possible 100 meaning that only 46% of the health needs of the population of the region are being met with good quality services. The global average is 68%, and Africa’s score has improved from 24% in 2000.

WHO said historically, Zimbabwe had consistently performed above the African average, with an increasing UHC index from 32% in 2000 to the current 55%.

“Within three months (January-March 2021), available records show that 479 nurses and 64 doctors terminated their services and potentially migrated. This represents 2,5% attrition from the overall stock of doctors and nurses within three months, which surpass that of 2018 and 2019,” Dzvukutu said.

Zimbabwe Professional Nurses Union president Robert Chiduku was fired on Monday for conducting union business related to the plight of nurses at his workplace.