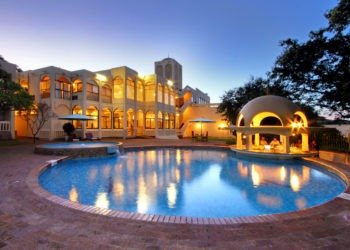 EXCESSIVE pricing has made Zimbabwe’s tourism industry uncompetitive and continues to threaten viability and growth of the sector, industry officials have said.

The recent spate of price hikes follows the continued devaluation of the local currency after the central bank removed exchange rate controls on the bond note.

Hotel operators are charging in both RTGS and US dollars, at rates which are already excessively high when compared with the country’s regional peers, threatening to reduce visits by both local and foreign visitors.

“The hospitality (industry) has not been spared from such instability. However, we are open to engage our operators and all relevant authorities to give a lasting solution to benefit Zimbabwe at large,” Hospitality Association of Zimbabwe president Innocent Manyera told NewsDay.

“We also must appreciate that the hospitality industry must not be a preserve of those with a lot of money. We want it to be inclusive and include the ordinary people going to the trade fair,” Environment, Tourism and Hospitality Industry minister, Priscah Mupfumira, said in a statement.

HAZ and the Zimbabwe Council of Tourism (ZCT) are in talks with the Ministry of Environment, Tourism and Hospitality Industry over the wanton increases in hotel pricing.

“We are currently gathering the facts from the operators in Bulawayo and we will comment fully once these have been established and examined,” said ZCT president Winnie Muchanyuka.

ZTA chief operating officer Givemore Chidzidzi said it was not just the hospitality industry which had hiked charges, but the whole economy.

“It is not only the hospitality industry; it is the whole economy behaving in that manner so the tourism industry might not be spared the vagaries of the economy. We are engaging on what exactly is happening and on where they are coming from. So I don’t think right now we can give any further comment,” he said.

Zimbabwe is targeting 2,8 million visitors and US$1,3 billion in tourism export receipts this year. In 2018, visitors into the country reached 2,5 million.