THE proposed coalition of opposition parties to challenge President Robert Mugabe in next year’s elections was thrown into serious doubt yesterday after one of the key figures, Tendai Biti, unveiled his People’s Democratic Party’s (PDP) 100 prospective candidates for the legislature, as negotiations for the grand pact seem to be floundering. 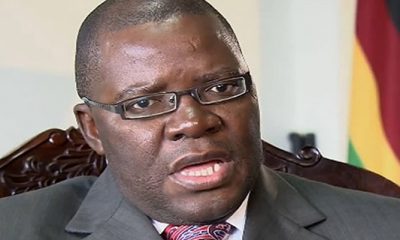 Biti, however, indicated that he was still committed to coalition talks with at least 22 opposition party leaders, even though he had unveiled his prospective candidates.

“It (the unveiling of candidates) does not weaken prospects of a coalition; it actually strengthens that because we have so many posts that ought to be filled,” he told a Press conference in Harare yesterday.

“We have senatorial slots, council and provincial council, which Zanu PF has neglected.

“So we are strengthening the envisaged coalition. As you might be aware, each party would be asked to provide candidates, so we are actually doing that.”

Biti reiterated that his party was a member of the Coalition of Democrats (Code) and the Zimbabwe National Electoral Reform Agenda (Zinera), meaning he was committed to a coalition, although for many, the decision to name prospective candidates could be a sign that talks to set up a united front against Mugabe were not moving smoothly.

“You must also be aware that, as we gather here now, a discussion of the coalition involving at least 22 political parties, is gathering momentum and with God’s blessing, we hope to reach a conclusion in the next few weeks,” he said.

Biti insisted that a coalition was the only hope for the opposition to end Zanu PF’s 37-year reign.

Biti is among several other opposition leaders, who have verbally committed themselves to the coalition deal, but are yet to put pen to paper.

The PDP leader said his party, together with other movements, was demanding electoral reforms including disbanding the Zimbabwe Electoral Commission (Zec) secretariat led by Rita Makarau, whom he accused of being biased and “captured”.

“We have agreed that we need a new independent electoral body, Zec is a captured institution and so we have made representations that the next elections must be run by a body under the supervision of Sadc, the AU (African Union) and UN (United Nations),” Biti said.

“The idea that an election can be managed by a body of non-domestic players is not new to Zimbabwe.

“Our 1980 elections were run by people, who had no interest at all. We also want that.”

On the economic front, Biti said Mugabe and his aides had failed to resuscitate the fractured economy due to corruption and lack of investor-friendly policies.