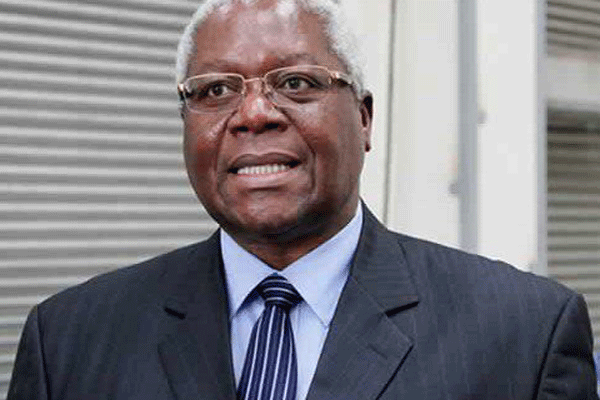 The Attorney-General’s (AG) Office has moved to protect Home Affairs minister Ignatius Chombo from being jailed for 90 days on contempt of court charges. Chombo was convicted last year for failing to comply with a court order compelling him to reimburse $78 900 seized by the police in 2008 from Mutare businessman, Tendai Blessing Mangwiro.

Efforts by Mangwiro to have Chombo arrested last week hit a brick wall after the Sherriff of the High Court was blocked by the minister’s security officers.

Chombo then filed an urgent chamber application to block his arrest.

In his application for relief, Chombo, through the director of the civil division, Fortune Chimbaru, denied the contempt charges levelled against him, saying he complied with the court order in November last year by writing to Finance minister demanding the release of Mangwiro’s money from Treasury. The application is set to be heard today.

In the application, Chombo cited the sheriff, Mangwiro and his lawyers Shelliton Mahuni and Valentine Mutatu as respondents.

“The applicant (Chombo) is . . . approaching this honourable court on an urgent basis seeking the interim relief of an interdict against first respondent (sheriff), who has been instructed by second (Mangwiro), third (Mahuni) and fourth (Mutatu) respondents to arrest him and lodge him to prison in terms of an order issued by this honourable court,” Chimbaru’s application read in part.

Chimbaru further said last week she called the sheriff to enquire if he had been instructed to arrest Chombo and lodge him to prison and the sheriff confirmed the developments, adding he had made attempts to lock him up, but failed to do so.

“First respondent did not give any undertaking or commitment that he would suspend efforts to arrest the applicant on the basis of the proof of compliance, which the AG (Prince Machaya) said had been furnished to his office, hence, this urgent application.” Chimbaru said.