EXCLUSIVE: ‘Who am I to say NO if people say I should lead them?,’ says Mujuru 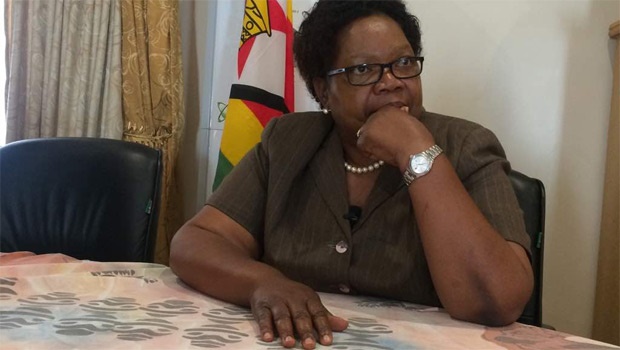 Harare – President Robert Mugabe’s ex-deputy, Joice Mujuru, who now leads the opposition National People’s Party (NPP), has denied accusations that she was not committed to the formation of a coalition of all opposition parties that would challenge her former boss in the 2018 general elections.

Source: EXCLUSIVE: ‘Who am I to say NO if people say I should lead them?,’ says Mujuru | News24

Jacob Ngarivhume, leader of the smaller opposition Transform Zimbabwe political party that signed a Memorandum of Understanding with former prime minister Morgan Tsvangirai’s Movement for Democratic Change (MDC) recently, accused Mujuru of grandstanding and not being committed to a coalition of all parties ahead of the polls.

“It seems we are going backwards and forth and this is very unfortunate for the cause of democracy and for the cause of bringing everyone together to fight Mugabe next year. We hope she (Mujuru) can join us down the line if she changes her mind, but we are also not convinced of her status as a bonafide opposition leader,” said Ngarivhume.

But in an exclusive interview with News24, Mujuru said forming a coalition was a process not an event, adding that she was committed to forming electoral alliances with other opposition parties.

“We signed memorandums of agreement with some political parties that have a liberation war history like us. What’s left now is to find a solution to the grey areas that the other political parties like the MDC-T have raised.

Tsvangirai told reporters recently that coalition talks should end by the end of this month so that the proposed coalition of opposition parties could hit the ground to solicit for votes ahead of the 2018 polls.

But Mujuru said giving deadlines may not be in the best interests of the country, given the different historical backgrounds of Zimbabwe’s opposition parties and what they wanted to achieve.

Asked about the possibility of Mugabe calling for early polls while the opposition was taking its time to get organised, Mujuru said it was important for the opposition to do all things that are necessary for them to unite before the polls.

Mugabe was currently holding rallies in all the country’s ten provinces and was expected to address another gathering in the Mashonaland West provincial capital of Chinhoyi this Saturday.

“Negotiations between us as the NPP and the MDC-T, including other political parties are still going on and we hope to work together with other parties in a coalition ahead of the elections. We are encouraging Zimbabweans to register to vote in their numbers,” she said.

“It is not that we do not want to hold campaign rallies but the regime is not sanctioning our meetings, we will do everything we can to ensure that we vote Mugabe’s system out of power next year.”

Meanwhile, sources within the MDC-T told News24 that Mujuru had sent emissaries to Tsvangirai to seek a postponement of his coalition deadline, with a view to finding solutions to the “sticking issues” in the coalition negotiations.

The sources said that Tsvangirai and Mujuru were differing on who would lead the coalition amid reports that Mujuru’s political deal with former finance minister Tendai Biti of the People’s Democratic Party had failed to materialise.

“The much touted alliance between Biti and Mujuru has all but collapsed. We are working on modalities to sign an agreement with Tsvangirai and hopefully it will be signed before July 31,” said a PDP source.

Mujuru, however, remained adamant that she was ready to work with any political figure in the coalition.

On the other hand, top officials of the MDCT were recently quoted in the local media as saying Tsvangirai would go it alone in next year’s elections if the former prime minister was not the leader of the proposed coalition.