In October last year, Jim Kunaka, feeling the month’s heat after losing the financial privileges of being part of the Zanu PF gravy train, profusely apologised to the nation for masterminding acts of terror during his time as head of the party’s Mbare-based militia group, Chipangano.

“I was the political violence master when I was in Zanu PF, but what I want people to know today is that when you join a cult, you behave like the people in that cult. All the bad things I did while in Zanu PF and Chipangano were not intentional; it was because of the bad system I had got myself into.” he told South Africa’s ANN7TV.

NewsDay portrayed him in a graphic, that unless he told the truth to the victims and their families, and came clean on who among the senior Zanu PF officials had their hand in Chipangano’s acts of terror, his hands remained bloodied.

Zimbabweans immediately flooded the NewsDay website, commenting that he deserved a second chance, while others said he was supposed to come clean first. 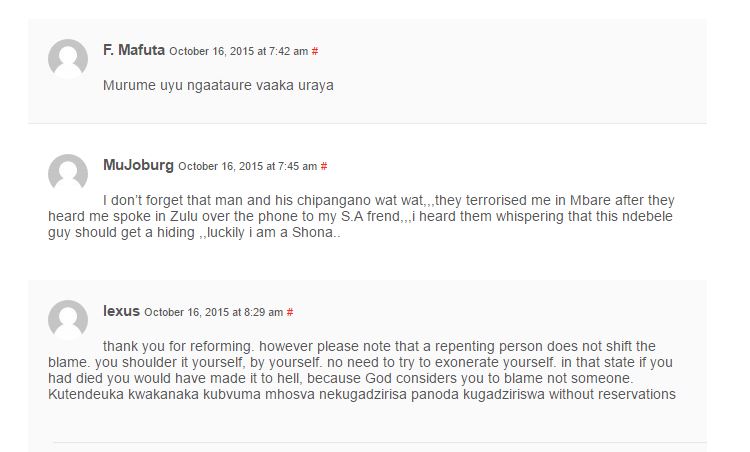 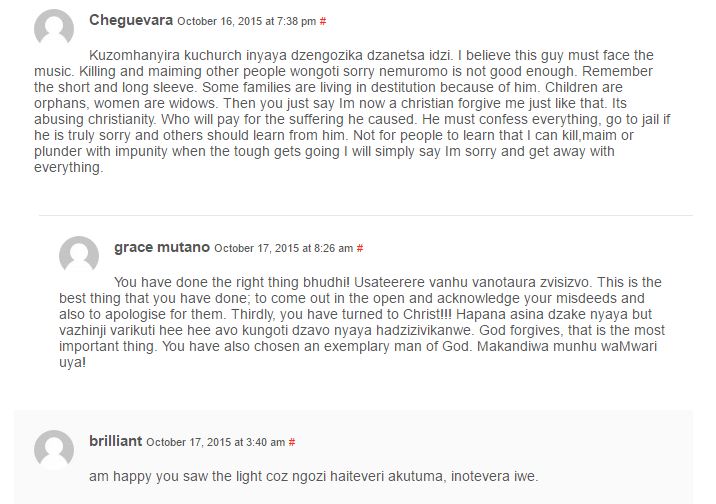 So profound was his apology that he likened himself to the Biblical Saul or Tarsus who repented from being a murderer to being Paul the Apostle who was to preach the word of God.

Together they shook hands.

Takapa upenyu kunaKristu, I gave my life to Jesus Christ of Nazareth, he said.

Eight months later, Kunaka is back to the party that he once called a ‘bad system’and a ‘cult’ that made him a ‘political violence master’

And on his welcome back speech, Kunaka decided, rather ironically to portray himself as the Biblical prodigal son.

“I was myopic and misled by anger and disgruntlement. I took away the wealth that President Mugabe gave me and squandered it…there is nothing to stop me from returning home,”he said last week.

So, the questions now stand, does Kunaka’s return to Zanu PF mean that he is once again ‘the political violence master’ that he once was, and is he back to being Saul ‘the murderer’ ?