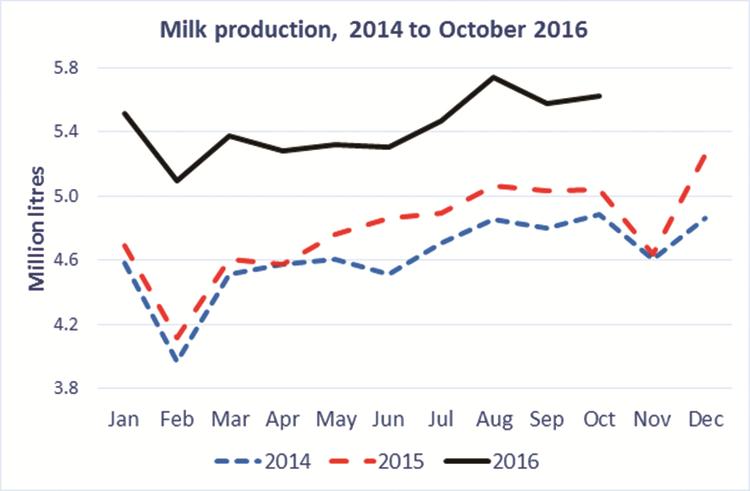 Low maize stocks are available from traders. Acquiring maize from South Africa is a rigorous process with the National Biotechnology Authority and is posing serious logistical challenges. All imports are being supervised to prevent diseased maize being imported.

Clearance at the border is taking up to 10 days and delays in bank approval and payments requiring a lead time of up to 47 days is making the situation more critical. Manufacturers are particularly exposed as suppliers now require payment up front.

The Zambian ban remains in place and an audit of stocks is being carried out. However, the maize is finding its way into Malawi which has a bigger shortfall than Zimbabwe. Zambian maize might be released next year.

There is a surplus of soya in the region, particularly in Malawi and Zambia, and meal from Zambia is trading at $640/t and at $640 – $650/t from SA. Local soya beans are trading at $640/t. Wheat bran is currently available at $175/t bagged and collected and maize bran is in short supply.

There is limited activity in the cotton industry and a shortage of cotton meal on the market. Only 28 100t of cotton seed was produced this year and most of it was purchased by Cottco. One expresser will start processing cotton seed and supplying cotton meal in the coming weeks. Government has expanded input supply into the cotton producing areas with a targeted acreage of 240 – 300 000 hectares.

Stocks of molasses from Hippo Valley are very limited and trading at $130/t. Imported molasses is trading at $160/t. Regarding premixes and additives, external suppliers are having difficulties being paid and there are some stock outs of product. Usually, by this time of the year, most manufacturers have secured supplies to take them through the festive season but the situation is very different this year.

Livestock identification and traceability systems workshops LITS workshops were held in Bulawayo and Harare on November 15 and 17, respectively. Both meetings (120 participants in Bulawayo and 144 in Harare) were well attended by stakeholders in the livestock industry that included livestock producers, stud breeders, farmer’s unions, abattoir operators, veterinary services, relevant Government departments and the Zimbabwe Republic Police.

LITS is an individual animal identification and tracking system that identifies the animal from place of origin right through to the point of consumption. The system enables effective risk management in disease control and food safety and the framework has seen rapid adoption by countries that specialise in livestock trade and has become a prerequisite in international trade of livestock and livestock products.

The aim of the workshops was to review the LITS process with the objective of drafting a framework applicable to Zimbabwe that can be implemented by stakeholders.

The advantages of implementing LITS include:

The cost of implementing the system and who would bear the cost;

A cost/benefit analysis of the LITS framework against the system already in use;

Whether LITS could be adapted for use at the farm level and thus prevent duplication an alternative system at the farm or holding level.

The security of the laser printed ear tag that will form an integral part of the identification system.

Zimbabwe Association of fish producers
At the most recent Council meeting of the ZFPA, it was agreed fish that consumption patterns and the potential role of fish farming in improving livelihoods should be included in national food and nutrition statistics. The following objectives were also mooted:

A fish industry policy framework and development strategy will benefit the sector. Enhancing inclusive development of the sector and value chain and identify appropriate roles for the different stakeholders in developing a competitive industry.

Aquaculturalists to promote fish farming and train farmers, needs to be fully exploited.

Best practices from other African countries will be modified to suit the Zimbabwean context.

Priority areas for capacity strengthening, critical for sustaining development of the fish farming industry, will be identified.

Meat Processors Association of Zimbabwe
At the last Council meeting, concern was that delays in procuring import permits and hold ups in clearing consignments at the border are causing disruptions in industry operations. Production has to be suspended when meat processors run out of imported mechanically deboned meat (MDM), affecting operations and capacity utilisation.

Imported MDM is the key ingredient in the local manufacture of the large range of value-added processed meat products produced in Zimbabwe.