We don’t have a penny, Minister tells Paris

“RIGHT now we literally have nothing,” Finance minister Patrick Chinamasa said in Paris, France Thursday as he sought help for economically stricken Zimbabwe.

Asked in an interview with Radio France International (RFI) how much credit he was looking for Chinamasa said: “You know there’s no limit”.

The treasury chief travelled to France (and from there he is due in London) to meet with lenders at the Paris Club as well as meet business leaders in a bid to revive a comatose economy back home.

He left behind angry teachers and nurses after postponing their June salaries to July 7 and 14 respectively because the government has no money.

Hospital doctors have already announced they will stop reporting for work until their June salaries are paid while the education sector could also be rocked by industrial action.

Chinamasa is trying to strike a deal on Zimbabwe’s debt default – so that the country could try and borrow again.

He has struck a deal with lenders on Zimbabwe’s almost two billion dollars of arrears. If finalised, the deal would signal Zimbabwe’s return to financial markets after almost two decades.

The agreement has however, been met with skepticism back home.

“Right now we have such a massive liquidity shortage that you can’t even get money out of the banks,” economist John Robertson told RFI by phone.

“The government did an immense amount of damage … through its land reform policies and indigenization law, but it has never wanted to admit they did any damage at all.”

The indigenisation programme has been blamed by economists for the country’s low foreign direct investment (FDI).

“It’s for this reason no one is coming to Zimbabwe and those companies that are here have not recovered,” says Robertson.

This poor economic outlook may have spurred Finance Minister Patrick Chinamasa’s visit to Paris on Thursday.

“I am of course looking for increased lines of credit,” he told RFI.

“We’ve had some French state enterprises who are in the financial sector giving support to our productive sectors through our commercial banks and I’ve come to solicit and also ask that those lines of credit are increased.”

How much credit was he looking for?

“You know there’s no limit,’ Chinamasa replied.
“Right now we literally have nothing, so to speak. Our strategy is to achieve private-sector-driven growth in the areas of agriculture, manufacturing, tourism, mining and our biggest challenge at the moment is that we do not have sufficient lines of credit.”

International finance may help President Robert Mugabe’s government meet its obligations to the Zimbabwean people, not a negligeable consideration given that fresh elections are to take place in 2018.

But repaying the arrears to obtain further credit will require more potentially sensitive measures, including public-spending cuts. There is limited appetite for that right now especially as most salaries are not getting paid.

“I don’t think we would qualify for any more loans,” Robertson reckons.

“Zimbabwe needs to prove that it can handle more debt, but the fact that we are in arrears in the first place clearly proves that we can’t manage the debt we already have.”

Currently Zimbabwe owes 10 billion US dollars to the IMF, World Bank and the African Development Bank.

“But it’s important to distinguish between public-sector debt, [eight billion] and private-sector debt

THE Zimbabwe blood bank is running dry due to a shortage of consumables that are used to collect blood from donors. Instead of the normal five-day st ...
Read More
ZimSitRep_T 0 June 4, 2020
the latest articles

FOREIGN Affairs ministry secretary James Manzou yesterday told Parliament that bodies of 700 Zimbabweans who passed away in South Africa have so far b ...
Read More
ZimSitRep_T 0 June 4, 2020
the latest articles

As under Mugabe, Zimbabwe’s contemporary political elite continue to trample on civil libertie with what the same disregard of censure from both local ...
Read More
ZimSitRep_M 0 June 4, 2020 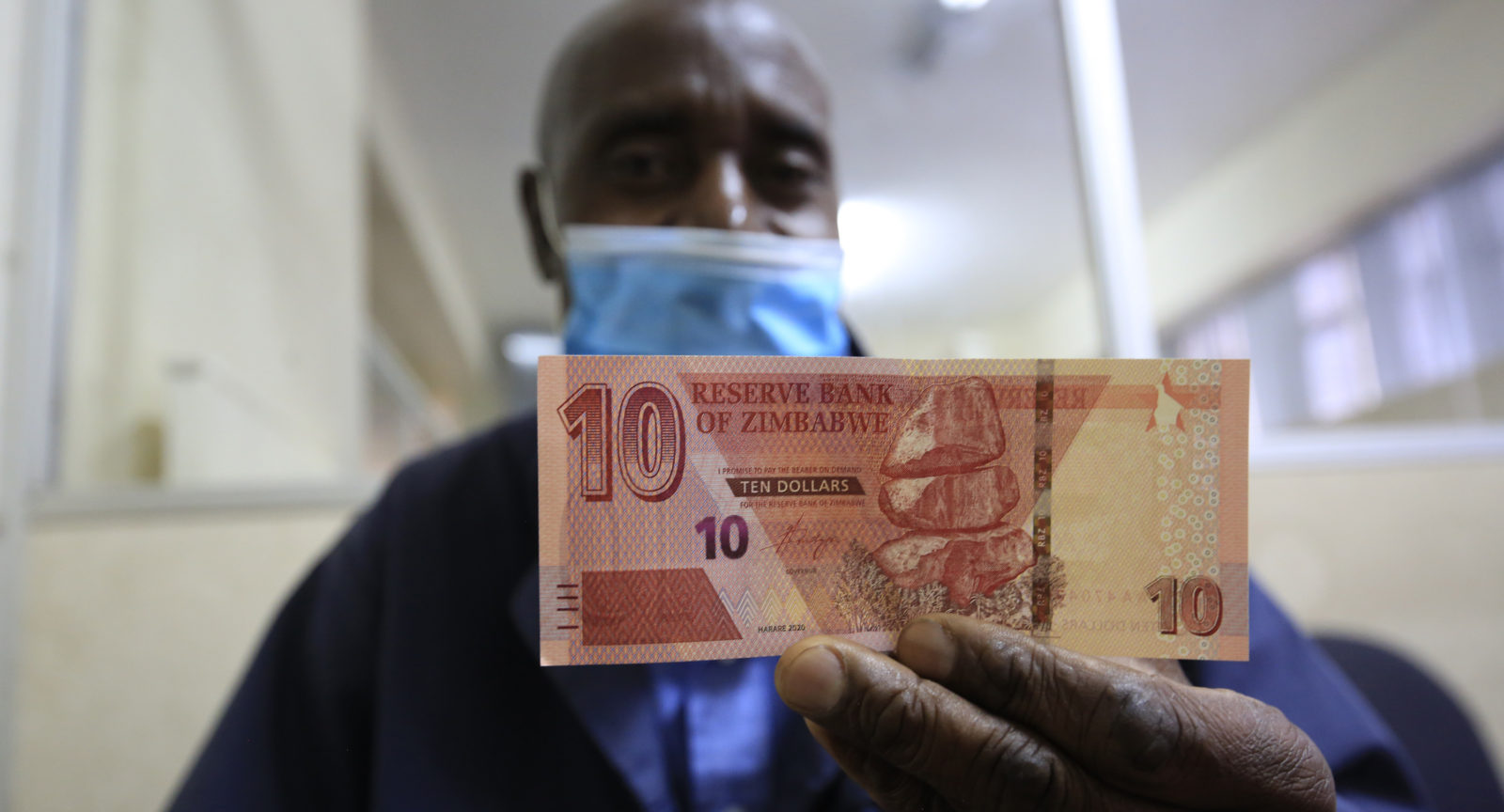 A romantic comedy about a cooking contest shot in Harare in the last days under Robert Mugabe has been released on Netflix, and Zimbabweans are baskin ...
Read More
ZimSitRep_M 0 June 3, 2020
,” Chinamasa asserts.

“The debt we are talking about clearing is eight billion from the public sector, so we can start enjoying the benefits of our membership from the three multilateral institutions.”

Chinamasa said the private sector was key to his strategy.

“The two billion private-sector debt is being serviced and everyone acknowledges that there’s been no problem with the private sector to service its debt,” he inisisted.

“For that reason, I would want to see more resources being poured into the private sector which is in a position to service any debt which it incurs, at an affordable rate.”

Experts remain unconvinced that this will contribute to “kickstarting the country’s economy”, as the minister hopes.

“The deadline for the debt deal was 30 June, it’s now been pushed back to September,” Roberston insisted.

“These arrears are just a small percentage of the total debt we already have,” begging the question of how the government plans to finance the rest.

“With respect to our arrears with the IMF, they owe us money on special drawing rights, so our strategy is that we will use that money to clear their debt of around 110 million.”

The alleged strain that indigenisation laws are putting on the economy “is no longer an issue”, according to Chinamasa.