Zimbabwe in talks on $100 million financing for oilseeds farmers 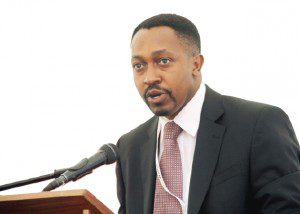 ZIMBABWE is in talks about a potential $100 million loan facility to support oilseeds farmers in the southern African country and boost production, especially of soya.

Sakunda Energy, a closely held Zimbabwean energy and logistics company, has agreed to contribute $48,7 million of the funds, and the rest would be provided by the government, according to Zimbabwe Oil Seed Producers’ Association President Busisa Moyo. Sakunda didn’t respond to multiple requests for comment.

Zimbabwe is seeking to expand its Command Agriculture program, which provides financing and subsidized materials to corn farmers, into other sectors and include private-sector funds, Finance Minister Patrick Chinamasa said in an interview. The added support for oilseed farmers would help reduce Zimbabwe’s dependence on imports of the seeds and edible oils, he said.

About half of the proposed funding would be used for irrigation infrastructure and the rest would be used to buy seeds, fertilizers and pesticides, Moyo said. The association has identified farmers to sow about 60 000 hectares (148 000 acres) of oilseed crops at the start of the season in November and estimates production could reach 150 million metric tons a year as a result of the additional funding. – Bloomberg

Newer Post
Nkosana Moyo: A man with a vision but without a viable political project?
Older Post
As Zimbabwe´s homes go solar, its businesses lag behind