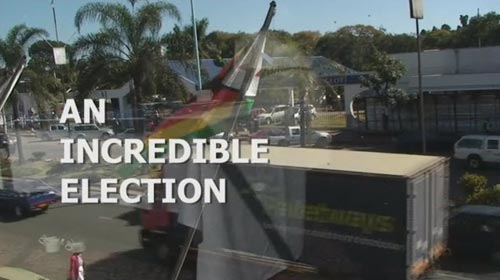 The 2013 Zimbabwe elections were unilaterally proclaimed by President Robert Mugabe on June 13th. The proclamation was in contravention of both the new constitution and the Global Political Agreement (GPA). The other partners in the government of national unity, including the main opposition leaders Morgan Tsvangirai and Welshman Ncube, were not consulted as had been formally agreed.

The election date was announced as July 31st despite calls from opposition parties, civil society and SADC that this time frame was too short for adequate preparations to be made.

Despite a legal appeal for more time, the new and hastily convened Constitutional Court ruled, as expected, in President Mugabe’s favour. Thus the Presidential, House of Assembly and local authority polls were duly held on July 31st 2013 despite numerous constitutional irregularities.

“An Incredible Election” records essential elements of the electoral process from voter registration through to the results. It considers the conduct and performance of the Zimbabwe Elections Commission (ZEC), the state broadcaster the Zimbabwe Broadcasting Corporation, regional and continental observer missions, Zimbabwean civil society and the participating political parties.

The legitimacy of the outcome of these elections has been the subject of speculation and debate. This film provides a window through which the viewers may look and draw their own conclusions.

This film can be viewed on the Solidarity Peace Trust website at this link: http://www.solidaritypeacetrust.org/1369/an-incredible-election/