Zinara yet to disburse $8m to Harare council 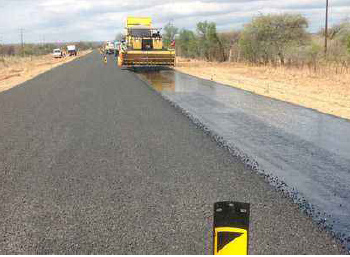 HARARE – Harare City Council (HCC) is yet to receive over $8 million from
the $12 million that the Zimbabwe National Roads Administration (Zinara)
allocated to the municipality.

According to environmental management committee minutes, the last
disbursement of road funds was made on May 22 this year.

“The director of works (Zvenyika Chawatama) reported that from January to
May 30 this year interim certificates worth $12 810 734, 97 were submitted
to Zinara for payment.

Zinara spokesperson Augustine Moyo could not be reached for comment as
both his mobile phones were switched off.

Committee chairperson Herbert Gomba said $450 000 had been approved by the
Finance ministry for the repair and overlay of Mbare Musika.

He said a further $4 million was provided for and being governed by Zinara
to fund the presidential routes.

“Not all contractors had been paid from the disbursed funds as trucking
and construction had also not been paid.

“The contractors engaged to carry out ERRP works had scaled down their
operations due to delays in payments for work done,” he said.

The late disbursement comes as councillors complained that some
contractors had not done any works on the roads despite being paid.

Mabvuku councillor Munyaradzi Kufahakutizwi said there were companies that
were not doing any work yet council had released funds to them.

Kufahakutizwi said Chawatama should re-look into those contracts because
“we cannot pay people for services that they are not providing.”

“In Mabvuku there is a company called Tarcon that council contracted to
repair the roads.

“All they did was dump gravel by the roadside and park their vehicles.
Since they came they have not done anything yet you see people everyday
manning the road maintenance vehicles,” he said.