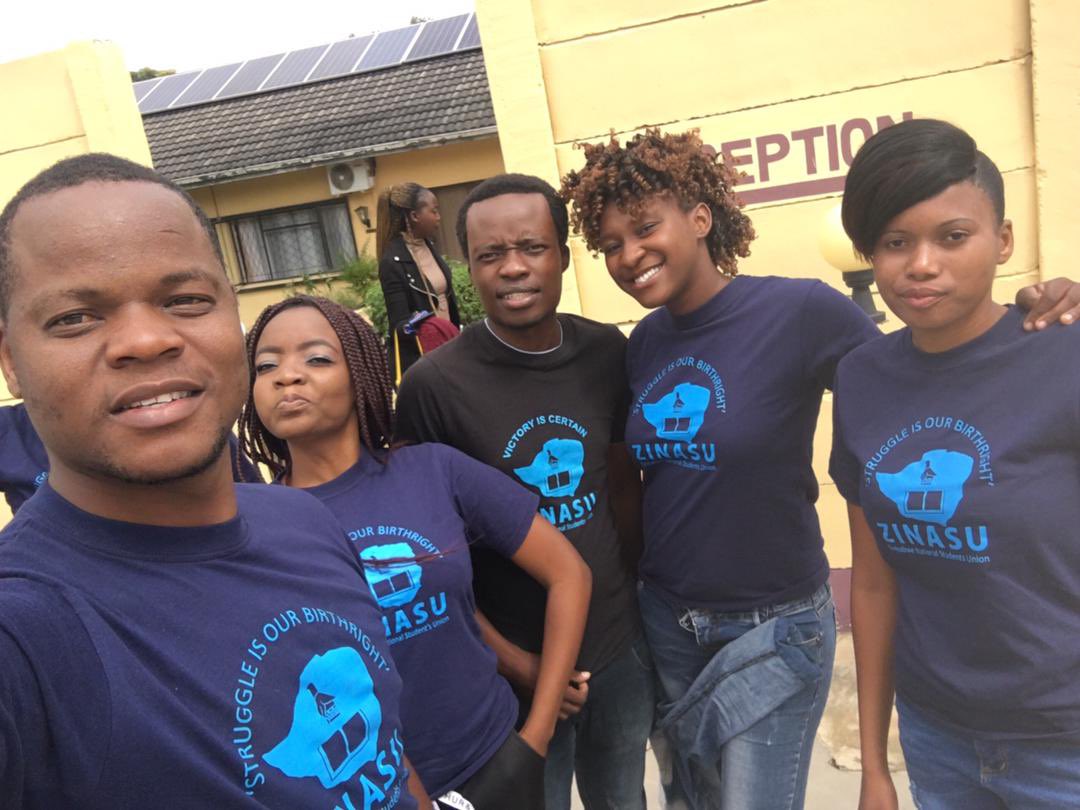 THE Zimbabwe National Students Union (Zinasu) has launched a “wear my Zinasu T-shirt” campaign in retaliation to the arrest of two of its senior female leaders Nancy Ngenje and Paidamoyo Masaraure last week for wearing union regalia.

Zinasu secretary-general Tapiwanashe Chiriga yesterday told NewsDay that the campaign was meant to show the students’ resistance to tyranny and government persecution of student activists.

“The campaign has been launched and it is meant to encourage all youths to wear their Zinasu T-shirts as a way of resisting dictatorship by the Zanu PF government,” Chiriga said.

“The campaign has been well received and so far, many prominent people like journalist Hopewell Chin’ono have supported it on their social media accounts and many more students are joining the campaign,” he said.

Last week, several students affiliated to Zinasu said they could not be silenced, adding that criminalisation of wearing of their union regalia was illegal and oppressive.

“For far too long Zimbabweans have been living in fear of Zanu PF tyranny, enduring torture and human rights violations, they are abducted and abused when they try to stand against their oppressors. As Zinasu, we are saying that’s enough, wearing a Zinasu T-shirt is not a crime,” Chiriga said.

He said every student in the country should enjoy the freedom to choose a student body which they wanted to be affiliated to.

“Zinasu is a student body which represents alternative youth voices in tertiary institutions and criminalising wearing of its regalia by the government is a direct threat to freedom of expression,” he said.