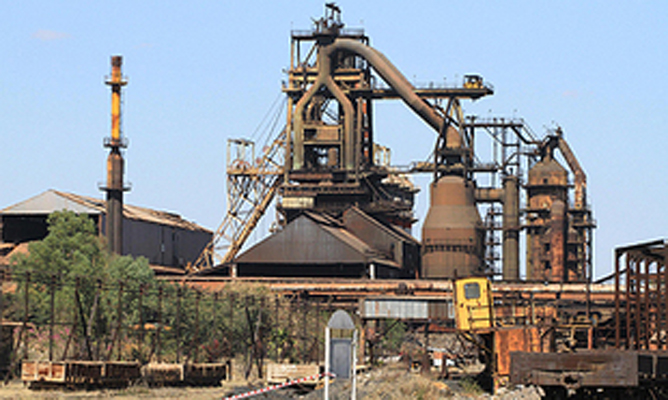 Ziscosteel was once Africa’s largest integrated steel works company before it was shut down in 2008 owing to the economic decline in the country, mismanagement and corruption.

Modi told legislators during the 2022 pre-budget seminar in Victoria Falls that his ministry had appointed a board of directors to spearhead the resuscitation of the steelmaker.

He said bids to invite investors had already been advertised.

The Industry deputy minister also told MPs that his ministry had successfully addressed corporate governance issues that contributed to the collapse of the former steel giant which was one of the major employers for engineers in the country.

“In line with NDS 1 (National Development Strategy 1), the iron and steel value chain is prioritising the resuscitation of Zisco,” Modi said.

“The Ministry of Industry and Commerce addressed corporate governance issues at Zisco.  A full board of directors was put in place. It will lead the resuscitation of Zisco through identifying a strategic partner. The board immediately held its strategic planning session and identified that it needed US$360 million for resuscitation. Resuscitation of Ziscosteel will go a long way in establishing a sustainable engineering, iron and steel
industry. It will have positive spill over effects to other sectors of the economy.  Around US$1 billion will be saved with the revival of Zisco,” he said.

Modi said the country was spending over US$1,1 billion annually to import steel raw materials following the closure of Ziscosteel.

“There are a total of seven iron and steel companies which are involved in the process of shaping steel, aluminium and other metals. The sector currently employs 13 527 people and has an average capacity utilisation of about 36,4%.  The sector has a huge import bill for raw materials which amounts to about US$1,1 billion annually.  The huge import bill has been attributed to the closure of Zisco which was the major supplier of the required raw materials.”

The ministry said it was working towards reviving key strategic industries so as to create employment and increase export earnings, thereby reducing the import bills.

In January 2018, government took over a Ziscosteel debt of about US$500 million in a bid to entice new investors and remove litigation hurdles.

Ziscosteel is 89% owned by the government, while the remainder is in the hands of private shareholders. The company owns Buchwa Mining Company, Lancashire Steel, ZimChem and Frontier Steel.

The new investor is expected to give 35% of the design, procurement and construction operations to local companies and residents.

If resuscitated, Ziscosteel can provide a lifeline to various companies in the value chain.

The company used to produce mainly for the export
market.