Ziyambi under fire over truant ministers 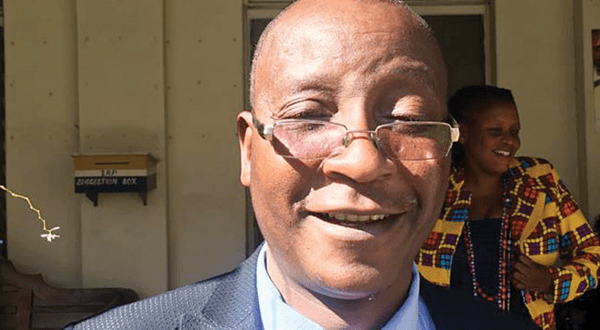 JUSTICE minister Ziyambi Ziyambi, who is also leader of government business in the House, was on Wednesday grilled by Speaker of the National Assembly Jacob Mudenda for failing to commandeer fellow Cabinet ministers to pitch for plenary and question-and-answer sessions.

Mudenda read the riot act after none of the ministers and their deputies turned up to field questions from backbenchers in Parliament.Ziyambi struggled to respond to questions relating to land and health, leaving Mudenda seething with anger.

“May I appeal again through you, if next time these ministers do not come, there must be someone from the floor to raise a point of order and move a motion accordingly so that we can then charge ministers for contempt of Parliament. They are undermining the government,” Mudenda said.

Vice-President Constantino Chiwenga heads the Health ministry and is deputised by Mangwiro, while Anxious Masuka leads the Agriculture ministry with Douglas Karoro and Vangelis Haritatos as his deputies.

“There are two deputies in this (Agriculture) ministry and they are not here. This is totally unacceptable. You have three ministers, one substantive minister and two deputies and all of them are not here. It is not right in terms of Section 107 (2) of the Constitution,” Mudenda added.

In response, Ziyambi said: “My apologies Mr Speaker, you are very right that at least one of them must have been here. That message was communicated and even His Excellency the President has emphasised the need to respect Parliament.”

This is not the first time Mudenda has threatened to come down hard on errant ministers, with critics especially in the opposition accusing him of making empty threats.