ZIMBABWE Lawyers for Human Rights (ZLHR) is deeply concerned by the arrest of Bulawayo-based lawyer Dumisani Dube on Saturday 6 June 2020. 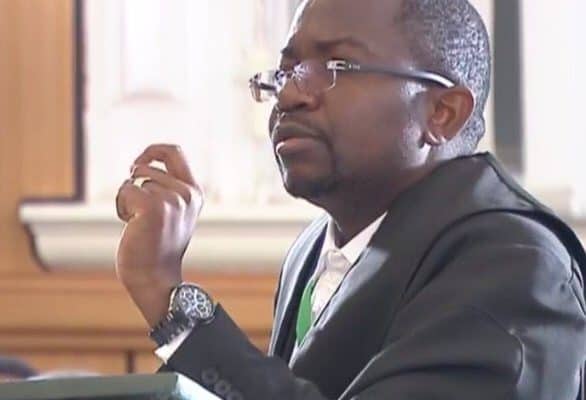 Dube is facing the charge of defeating or obstructing the course of
justice as defined in section 184(1)(d) of the Criminal Law
(Codification and Reform) Act.

These allegations arise from a matter wherein Dube represented his
client and filed an urgent chamber application at the Bulawayo High
Court, and obtained an order in favour of his client.
According to the state, Dube allegedly filed a fake certificate of
service purporting to have served one of the Respondents in the
matter, when he had not, and thereafter proceeded to obtain an order
by default.

ZLHR notes with concern that the allegations arise from conduct of a
lawyer during the course of his work, and the law has remedies
available to address such issues. The use of the criminal justice
system against lawyers is frowned upon and viewed as an attack on the
legal profession.

ZLHR condemns the increasing targeted arrests of lawyers during
execution of their professional duties.

As a lawyer, Dube has the right to practice a trade of his choice as
provided for under section 64 of the Constitution and when practicing,
he should do so without fear or favour.
In terms of the United Nations Basic Principles on the Role of
Lawyers, the state has an obligation to guarantee the functioning of
lawyers without fear of harassment, intimidation or threats of
prosecution for conducting their duties.

Lawyers must not be identified with the cause of their clients and
lawyers should enjoy immunity for executing their professional duties
in good faith.
For ZLHR, it is distressing that we are seeing a worrying rise in the
intimidation, threats and reprisals of lawyers in Zimbabwe.

Dube becomes the second lawyer to be arrested this week after the
arrest of Advocate Thabani Mpofu on 1 June 2020 on the same allegation
of defeating or obstructing the course of justice as defined in
section 184(1)(d) of the Criminal Law (Codification and Reform) Act.
In both cases, the lawyers were arrested on allegations arising from
their role of representing their clients.

On Saturday 6 June 2020, Dube, who was represented Prince Bhutshe-Dube
and assisted by Godfrey Nyoni of Zimbabwe Lawyers for Human Rights,
appeared at Tredgold Magistrates Court in Bulawayo and was granted
RTGS$5 000 bail and returns to court on 18 June 2020.

1.    That the state puts an end to the targeted arrest of lawyers on
allegations that arise from representing their clients;

2.    That matters relating to the conduct of lawyers should be referred
to the Law Society of Zimbabwe, a body that is responsible for the
regulation of lawyers at law.