ZRDP to continue with charity work 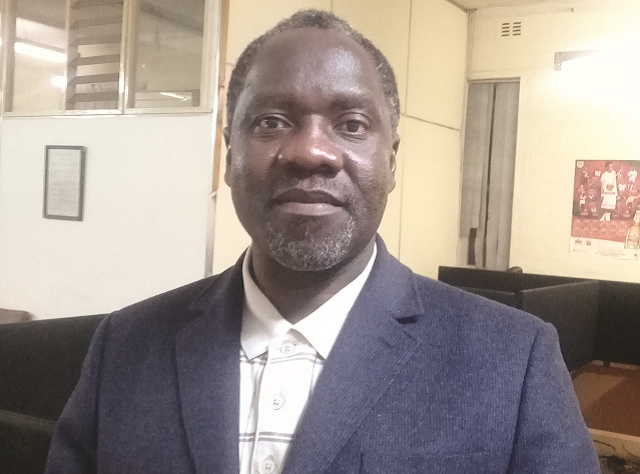 Dumisani Nsingo, Senior Reporter
ZIMBABWE Rainbow Democratic Party (ZRDP) will continue to carry out its charity work beyond the election period as part of its efforts to improve the livelihoods of the less privileged members of the society.

ZRDP president Mr Cuthbert Ncube said the political party would continue being involved in charitable work as it seeks to play a part in improving the lives of the less fortunate and vulnerable in communities.

“As a political party one of our priorities is ensuring that people live a better life and as such we will continue to assist vulnerable groups in need beyond the election period. It has to be taken into cognisance that we are not donating goods to people as a way of seeking political mileage as is being done by other political parties.

“Ours is solely to assist as we are quite aware that the electorate’s vote is their own choice and they will be alone when casting their vote. As an individual I have been involved in charity work for the better part of my life solely because of my Christian background and value in line with the Biblical word, which states that it is better to give than to receive,” said Mr Ncube.

His charity work has seen him donating stationery especially textbooks to a number of schools in Lupane District, Matabeleland North and in Bulawayo notably in Magwegwe.

“I have donated quite a lot of textbooks to schools in Lupane and also did the same to schools in Magwegwe here in Bulawayo as I believe education plays an integral role in shaping the lives of our youths. It also has to be noted that in most cases, rural schools are the mostly ill-equipped compared to urban ones and as such it is one of the major contributors of the perennial low pass rates in remote areas. With this in mind we endeavour to channel most of our resources there. In that regard we will be donating text books to some schools in Binga next week,” said Mr Ncube.

ZRDP was the first organisation to render assistance to St Paul’s Clinic in Lupane after its nurses’ quarters were gutted by fire last month resulting in property worth over $35 000 being destroyed.

The political party donated 10 blankets, 11 bags of mealie-meal and sugar to the clinic authorities.

“As a party that has people at heart, we saw it prudent to console fellow Zimbabweans at their time of loss,” said Mr Ncube soon after the donation, two days after the incident.

The politician-cum-businessman also donated sanitary pads to Thembalethu Southern Region Women’s Soccer League and also pledges to provide uniforms for all the teams including hosting of a tournament.

Last week Ncube who is vying for a post as a Member of Parliament for Bulawayo East Constituency donated bags of mealie-meal to people who live at Killarney squatter camp as part of his party’s outreach programme in the constituency.

Meanwhile, the party says there is a need to realign the country’s education policy to enable it to empower youths as entrepreneurs.

Speaking after a tour of Nkayi District in Matabeleland North Province on Friday last week, ZRDP president Mr Cuthbert Ncube said it was the party’s thrust that if young people were taught on life skills they can be in a position to make independent decisions that would in turn benefit the entire nation.

He said development in rural communities would remain stagnant as long as schools in those areas are not fully equipped to offer knowledge that is in line with global trends. Nkayi North is one of the constituencies that ZRDP is contesting, having fielded Mrs Nomvelo Ndlovu for the National Assembly.

“Educating our young minds is a priority. As ZRDP we have agreed that if we are to develop this country, we have to educate our children. We do not mean just basic education but giving knowledge that empowers an individual to make something meaningful in their lives. My concern is with the children who learn in rural schools.

“All around the country the situation is pathetic. It pains to see that some schools are yet to teach computer skills and other subjects relevant to today’s world. The world is fast changing with the adaptation of new technologies and so is business. So, it is prudent to invest in knowledge that prepares our children for the outside world,” said Mr Ncube.