A South African forensic audit firm headed by a key pillar in the establishment of the Zondo Commission has rubbished a National Social Security Authority (NSSA) forensic audit that implicated former chairman Robin Vela in several deals during his controversial tenure at the helm of the multimillion dollar fund. 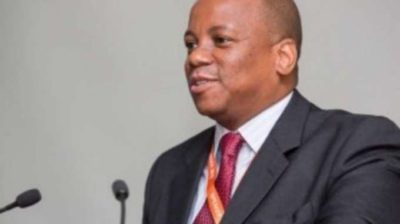 Vela was sacked last year, but vowed to spend his own money in hiring specialists to review the audit report produced by BDO Zimbabwe and clear his name.

It is not clear if his efforts will hold water, given that he funded the investigation that has exonerated him.

But this is how Werner Bouwer, an advocate who heads Nexus Forensic Service in South Africa, came into the picture.

Bouwer’s most recent high-profile roles include providing input in the specifications for investigators assigned to the Zondo Commission before its inception, at the request of the Institute for Commercial Forensic Practitioners, according to his 100-page report submitted to Vela last week.

The Zondo Commission was established by South African authorities to dig through substantial evidence and establish if former president Jacob Zuma was culpable in a slew of corruption allegations piled against him.

Bouwer hits at BDO, one of the country’s most influential audit firms, and claims it lacked capacity to undertake the “high-profile” NSSA assignment.

He cast aspersions on the competence of Gilbert Gwatiringa, a chartered accountant and lead investigator in the BDO team, and rejects that the Zimbabwean firm taps international expertise from the BDO International Network.

“Mr Gilbert Gwatiringa signed off the report on behalf of BDO Zimbabwe,” Nexus said in its report submitted to Vela on November 11, 2020 after over a year of prying through the BDO investigation.

“BDO Zimbabwe states that Gwatiringa is studying towards a CFE qualification (referring to the Association of Certified Fraud Examiners (ACFE).

“No mention is made to Gilbert Gwatiringa specifically having a forensic audit or investigation qualification.

“It does reflect that he has specialist expertise in forensic audit.

“The BDO Zimbabwe report does not provide any information on the forensic audit engagement team.

“The ACFE prohibits CFEs from accepting assignments where competence is lacking.

“It is trite in the forensic industry that an accredited public/ chartered accountant is not a forensic expert per se, merely because of his or her status.

The report added: “Conversely, there are many public chartered/public accountants, who are professionally competent to execute forensic investigations to the standards required, but then it is due to their specialisation/practical experience and expertise.

“BDO Zimbabwe was mandated to provide expert IT services as part of the forensic audit scope.

“In our view, this mandate required an expert information technology opinion.

“No reference is made in the BDO Zimbabwe report of the engagement of an IT expert to provide such an expert opinion.

“We observed from the BDO Zimbabwe information in the public domain that BDO Zimbabwe reflects it as being part of the BDO International Network.

“It does appear that BDO Zimbabwe had access to an international pool of expert resources.”

Vela turned to Nexus last year after BDO’s report piled several allegations against him, including that he applied undue pressure on NSSA executives to accept a housing construction deal that was expensive compared to what NSSA’s own building society could deliver.

BDO also questioned how NSSA, during Vela’s tenure as chairman, funded Metbank when it had been impressed on the state pension fund that the bank was a high-risk recipient.

And the critique that he commissioned Nexus to write exonerates him.

“The investigation does not appear, from the report, to have been conducted with an open and enquiring mind,” the report says.

“The skill set to address technical issues that formed part of the scope of works, lacked, contradicting evidence was not investigated and resolved (that is including Vela’s assertions) the level of certainty as a basis for a conclusion lacked, the information provided by Vela on various issues, has not been investigated for its veracity and credence, and has not been reflected completely and accurately in the report, material and relevant evidence was not reflected in the report on identified issues, the structure of the report is not conducive to evidence speaking for itself and scenarios other than those that cast aspersion, do not appear to have been adequately considered in identified issues.”