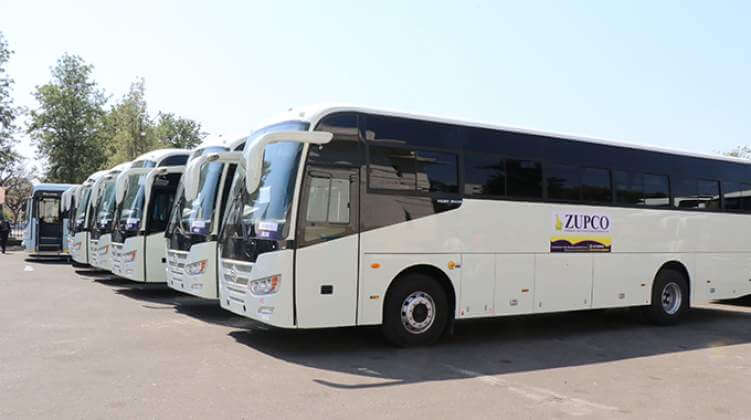 DRIVERS under the Zimbabwe United Passenger Company (Zupco) in Bulawayo briefly downed tools yesterday over what they termed “measly salaries”.

Yesterday’s strike was the second this year, after similar protests were held last month.

One of the drivers, Leo Mpofu told Southern Eye that they were demanding salary increments and improved working conditions.

“We want Zupco bus owners to give us an increment because the salaries are very low,” he said.

“The working hours do not tally with the money that we are being paid. We work from 4am to 10pm, which is about 16 hours per day without having lunch.”

“Again there is tribalism as most of the employees are from Mashonaland. We are being ill-treated at work by the young Zupco inspectors,” Mpofu added.

The drivers demanded that the bus owners should pay drivers from their weekly takings.

“We are no longer being given COVID-19 allowances, which is not fair at all. Zupco bus owners are being paid $28 000 per day.

He said Zupco contracts stipulated that every bus should have two drivers.

However, there is only one driver per bus, who is expected to work for 16 hours.

Another driver said whenever one was off duty, they did not get paid.

“Some bus owners pay their drivers $1 200 a day which is very little. Some of their buses are not fit for the road, and at times we are forced to fix them while we are at work,” another driver said.

Efforts to get a comment from the Zupco Southern Region Division operations manager Tineyi Ruswako were fruitless as he was not picking calls.