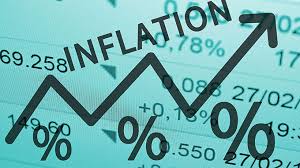 Tony Hawkins, who set up the University of Zimbabwe Graduate School of Management, said he agreed with Steve Hanke, the US-based currency and inflation expert, who recently projected the rate at 256%, as the Zimbabwe National Statistics Agency (ZimStat) placed it at 131,7%.

Major firms including those listed on the Zimbabwe Stock Exchange argue that government massages the data to gloss over the crisis rocking a country that is now on its knees.

Many of Zimbabwe’s biggest companies now make decisions based on internally-generated inflation data.
According to International Monetary Fund data, Venezuela’s economy reached 10 million percent inflation in 2018.
But this was way below Zimbabwe’s 500 billion percent in 2008, which decimated the domestic unit.
Hawkins, who was contributing to the Big Debate, an Alpha Media Holdings discussion that explored the case for re-dollarisation, spoke as Zimbabwe’s inflation rate surged past 131,7% in May, the first time it drifted back to triple digits since July 2020.
On Wednesday last week ZimStat said annual inflation rose to 131% this month, from April’s 96%.
“Zimbabwe now has the highest inflation rate in the world,” Hawkins said.

“I agree with Steve Hanke — according to him, the inflation rate has overtaken that of Venezuela,” Hawkins added.
After battling four digit inflation rates recently, Venezuela pivoted and adopted the United States dollar, which pushed its rate down to about 222% as of May 9.

But like in Zimbabwe’s case, defiant Venezuelan authorities have been reluctant to fully shift to dollarisation.
The country has been making a fresh bid to revive the Bolivar, emboldened by steep surges in international oil prices — Venezuela’s biggest export.

Hawkins, together with Gift Mugano, another leading economist sounded the death knell for the country’s haemorrhaging currency during the debate, warning the only way out was for government to follow Venezuela’s lead and dollarise.
“Our currency will die by June,” Mugano projected.

“We are increasing out debt and we won’t be able to defend our currency. Even the government does not want to use its own currency. They paid bonuses in US dollars, they are paying COVID-19 allowances in US dollars, tollgates are now paid in US dollars. We are not qualified to fight for the Zimbabwe dollar because government itself wants the USD. In fact, the market has dollarised, we are at a funeral, we are going to the grave to bury the Zimbabwe dollar,” Mugano said.