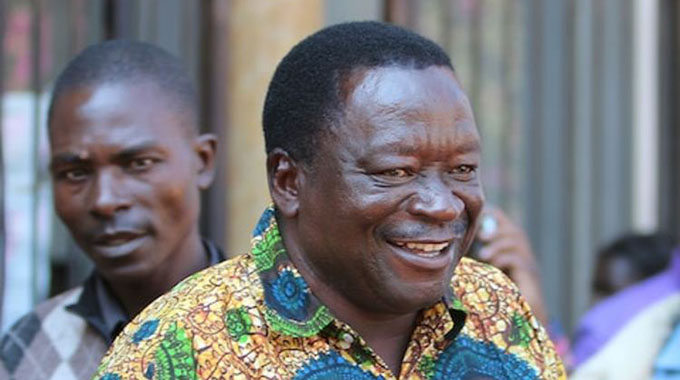 Freedom Mupanedemo Features Writer
In November 2017, Zimbabweans swarmed the streets countrywide to usher the country into a new dispensation under Operation Restore Legacy led by the Zimbabwe Defence Forces. The excitement of a new era culminated in the swearing in of a new President Cde Emmerson Mnangagwa on November 24, 2017.

Thousands of Zimbabweans from various political parties thronged the National Sports Stadium to witness the elevation of the then Vice President, affectionately known as ED, to the top job in the land.

Just like the euphoria that gripped the newly born Zimbabwe on April 18, 1980 when the country celebrated its first birth from the colonial rule, the same excitement once again engulfed the country last year.

For the first time since 1980, Zimbabweans will today celebrate Independence under a new dispensation, a new leadership and a totally new economic trajectory.

It is under this new atmosphere and a totally different complexion that this year’s Independence has been dubbed the “ New Independence” as it is celebrated for the first time under a new leadership for a country which for 37 years had only known one leader in the form Robert Mugabe.

There has been a lot of excitement to the build-up to this year’s Independence commemorations.
People across the political divide regard it a unique day where people should celebrate another milestone for Zimbabwe as a country as it takes bold re-engagement steps with the international community following years of isolation.

He said like the show of unity exhibited in November last year when Zimbabweans thronged the streets to usher the country into a new dispensation, people from all walks of life should come out in their numbers to celebrate the rebirth of Zimbabwe.

“It’s a rebirth of Zimbabwe, and the rebirth was seen in November when every concerned Zimbabwean took part to usher in the country to a new dispensation under Operation Restore Legacy led by our Zimbabwe Defence Forces.

“We saw a new President, Cde Emmerson Mnangagwa taking the reins to lead us and since then he has hit the ground running trying to make Zimbabwe better and the results are now there to see,” he said.

Cde Matemadanda said this year’s Independence commemorations were exciting as they were being celebrated on the background of a new hope for Zimbabwe, with the new President, Cde Mnangagwa, having made tremendous strides in trying to turn around the country in the shortest period that he has been in office.

Minister of State for Midlands Provincial affairs Cde Owen Ncube said the Midlands Province was expected to host more than 20 000 people for the provincial celebrations. He said there was a lot of excitement with people regarding April 18 as the day to celebrate a new political era in Zimbabwe.

“It’s a unique Independence commemoration day and as the Midlands Province, we are expecting to host not less than 20 000 people as everyone is raring to hear the speech by the new President with fresh ideas.

“The country is heading in the right direction since the inauguration of President Mnangagwa in November last year and people are waiting to hear his first Independence speech,” he said.

Cde Dumezweni Mpofu, an aspiring Member of Parliament for Zvishavane, says many youths will be taking part in this year’s Independence celebrations to be held under a new political dispensation.

“If you recall the excitement that we as the youths have shown since the inauguration of President Emmerson Mnangagwa late last year, you will definitely realise that this year’s Independence commemorations will be unique and exciting,”

“As youths, we will come in our numbers to hear the good news from our President as the country moves step by step towards economic revival,” he said.

“People are very excited and everyone needs to be counted. We will be having our district Independence celebrations and we are oversubscribed, with everyone looking forward to being part of the national event which is being held few months before the country heads for a crucial election,” he said.