Honored with the German Book Trade’s Peace Prize, the acclaimed Zimbabwean filmmaker, author and activist faces trial for protesting against the government. 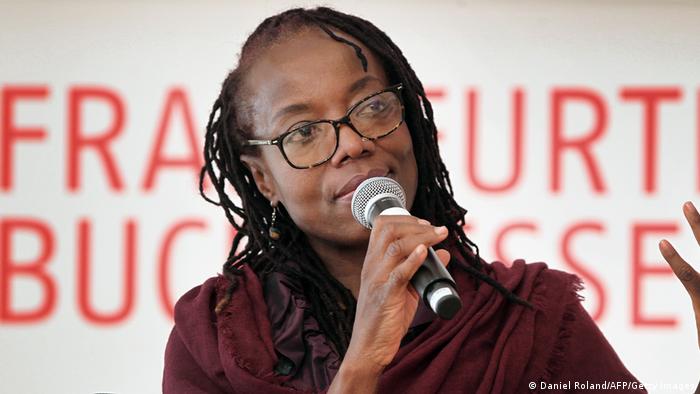 Tsitsi Dangarembga has gained renowned through writing, filmmaking and activism

The German Publishers and Booksellers Association is honoring Zimbabwean filmmaker and author Tsitsi Dangarembga with its 2021 Peace Prize of the German Book Trade, an award created in 1950 and endowed with a €25,000 ($30,000) prize.

“Dangarembga combines inimitable storytelling with a universally compelling perspective in a body of work that has made her not only one of the most important artists in her native land, but also a popular and widely-recognized voice of Africa in contemporary literature,” said the jury of the German Publishers and Booksellers Association in a statement on Monday.

Beyond her award-winning work as an author and filmmaker, Tsitsi Dangarembga is dedicated to fostering creative industries in her home country and is renowned as an activist committed to protecting civil liberties and promoting political change in Zimbabwe.

The founding member of writer association PEN Zimbabwe was recognized with the PEN Award for Freedom of Expression and the PEN Pinter Prize earlier this year. 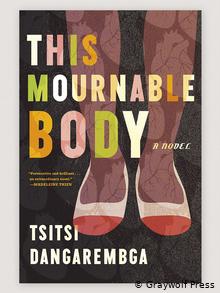 ‘This Mournable Body’ is set in late-1990s Zimbabwe

She was also shortlisted for the Booker Prize last year with This Mournable Body, the third novel in a trilogy portraying a woman in different phases of her life, from her youth to middle age — stories depicting the struggle for female self-determination in Zimbabwe.

‘100 stories that shaped the world’

Published in 2018, This Mournable Body was praised by The New York Times Book Review as a “masterpiece,” while Kirkus Reviews described it as a “haunting, incisive, and timely glimpse into how misogyny and class strife shape life in post-colonial Zimbabwe.”

Tsitsi Dangarembga started her trilogy with Nervous Conditions in 1988. The sequel, titled The Book of Not, came out in 2006.

Nervous Conditions firmly established Dangarembga’s reputation in the international literary scene: It was the first book written by a Black woman to be published in English out of Zimbabwe. The author won the Commonwealth Writers’ Prize with it in 1989, which led to translations into many languages. 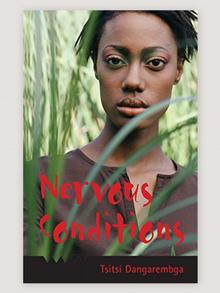 In 2018, the novel was included on the BBC’s list of “100 stories that shaped the world,” landing between Salman Rushdie’s Midnight’s Children and Antoine de Saint-Exupery’s The Little Prince.

However, This Mournable Body almost didn’t see the light of day. “It had been rejected by different publishers, and at some point I was so desperate I started posting extracts on Facebook,” Dangarembga revealed at the African Book Festival.

Fortunately, the novelist’s digital SOS was spotted by renowned editor and literary critic Ellah Wakatama Allfrey, who helped get the book published.

Yet the acclaim of Dangarembga’s debut novel didn’t make it easier for her following projects to materialize.

“Nervous Conditions didn’t get any traction in Zimbabwe,” she said at the opening panel of the African Book Festival in Berlin in 2019, where she was invited to curate the event. “I have always been writing against power and that’s why things don’t always happen.”

After her debut novel, the author — who was born in Rhodesia (now Zimbabwe) in 1959 — studied film at the German Film and Television Academy in Berlin from 1989 to 1996, moving on to a PhD in Africa Studies at Berlin’s Humboldt University afterwards.

While doing so, she wrote the script for the film Neria (1993), which became the highest-grossing film in Zimbabwe. Contributing to its success was the soundtrack by the country’s most internationally recognized cultural icon, musician Oliver Mtukudzi, who died in January 2019.

Dangarembga also directed her own documentaries and feature films, including Everyone’s Child (1996), which was the first feature film directed by a Black Zimbabwean woman.

After her time living in Europe, she returned to Zimbabwe with her family in 2000, where she established various projects to develop the film industry and support female directors. This included founding a production company called Nyerai Films, as well as the International Images Film Festival for Women in Harare.

She is also a founding member of the Institute of Creative Arts for Progress in Africa, an organization that supports works of art and audio-visual productions in Zimbabwe.

Accolades such as the Peace Prize of the German Book Trade, the PEN Award for Freedom of Expression and the Booker Prize nomination are a demonstration of support for the author, who has spent the past year facing government prosecution. 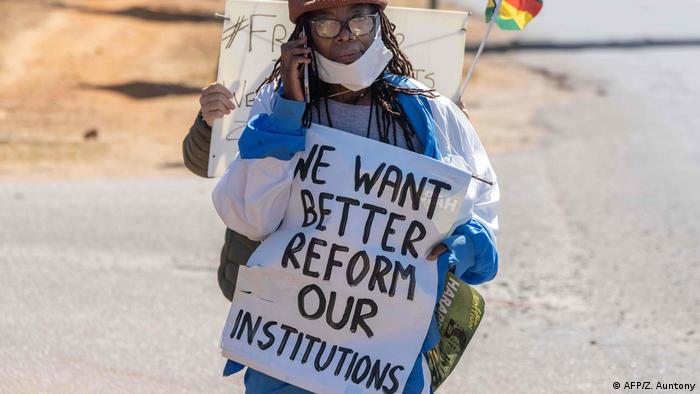 After being released on bail, she was ordered to surrender her passport to the authorities and report to a police station every week between different court appearances. Her trial has been repeatedly delayed by prosecutors. According to Zimbabwean daily The Herald, the next trial date is set for July 22.

Despite the challenges, Dangarembga describes herself in her Twitter profile as “almost fearless.” Well aware of the significance of her activism, she once posted on social media: “If you want your suffering to end, you have to act. Action comes from hope. This is the principle of faith and action.”

The award ceremony for the Peace Prize of the German Book Trade will take place on Sunday, 24 October 2021, in Frankfurt.