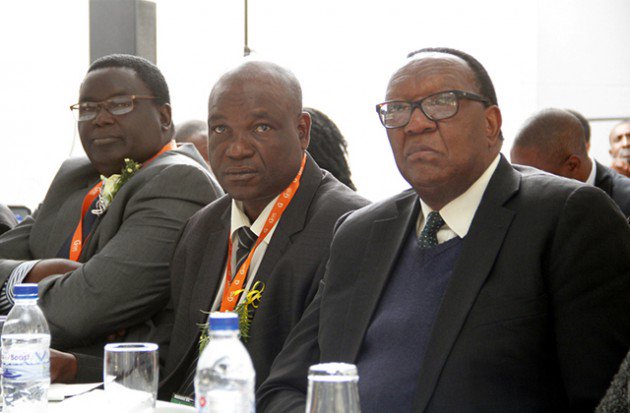 Vice President Emmerson Mnangagwa said this yesterday in a speech read on his behalf by the Minister in his Office, Clifford Sibanda, while opening the annual national agri-business conference at the ongoing Harare Agricultural Show.

“Preparations are already underway for the 2017/2018 agricultural season. Farmers have already started registering for maize production. As at 16 August, 2017 a total of 173 223 hectares of irrigated and dry land had been registered for maize production by 39 714 farmers including institutions.

“For soya beans, a total of 28 818 hectares of irrigated and dry land have been registered by 5 268 farmers for the same period,” VP Mnangagwa said.

He added that following the success of maize production in the first phase of Command Agriculture, Government had extended the initiative to other crops such as wheat, cotton, fish and livestock production.

The Grain Marketing Board (GMB) has received over 500 000 tonnes of maize so far from farmers who benefited under Command Agriculture and the Presidential Input Scheme.

“Having a variety of products covered under the Command Agriculture programme will also ensure that all farming regions across the country are covered in accordance with farming activities that best suit them. Ultimately, the target is to enable our agriculture sector to go beyond the breadbasket status of yesteryear,” he added.

VP Mnangagwa called for collaboration between Government and the private sector in the value chain system. “While we celebrate the bumper harvest achieved in the 2016/2017 summer cropping season, we should also be pondering about strategies to optimise value out of the harvest. Value addition is undoubtedly key to unlocking value in Agricultural produce,” he said.

He said the private sector had a big role to play in development of agriculture with Government expecting to get ideas in various areas that include sustainable financing models in agriculture, value addition and beneficiation strategies, increasing production and productivity and enhancing the Diaspora role in agriculture financing.

The conference was attended by players from various sectors that include, parastatals, financial institutions, civil society among others and ran under the them “Seed to food: Innovate, consolidate, sustain.”