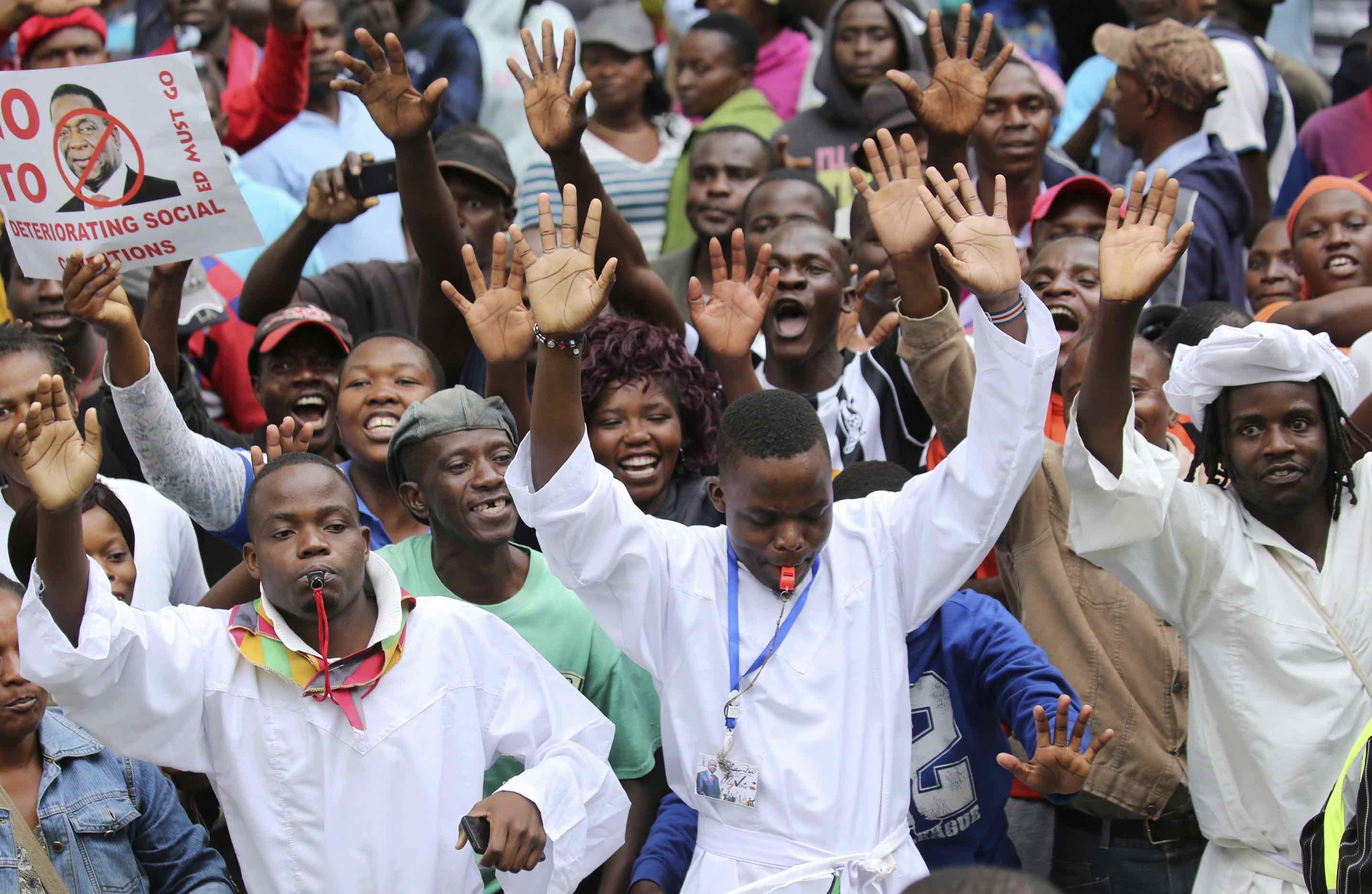 FIVE people reportedly died while 24 others were injured as police clashed with protesters across the country yesterday as anger over the worsening economic crisis spilled onto the streets with business, warning government that “the house is burning.”

A police station in Makoni, Chitungwiza, was reportedly burned down while protesters also allegedly torched the Skyline tollgate on the Harare-Masvingo Highway.

The protests, which started two days after President Emmerson Mnangagwa announced a 150% rise in fuel prices, highlight a currency crisis that has seen widespread shortages of goods and drugs and has caused lengthy queues at fuel stations across the country.

Zimbabwe’s biggest labour body, the Zimbabwe Congress of Trade Unions (ZCTU) over the weekend called for a national strike from yesterday after severe cash shortages plunged the economy into disarray.

The crisis is seen undermining efforts by Mnangagwa, who is on a tour of five countries in Europe and Asia, to win back foreign investors and revive the failing economy.

However, the long lines of frustrated motorists illustrate the growing severity of a shortage of US dollars, the currency Zimbabwe adopted after abandoning its own hyperinflation-ravaged Zimdollar in 2009, while everyday life is getting increasingly tough with rising prices of basic goods and erosion of salaries, which have remained static.

The Zimbabwe Association of Doctors for Human Rights (ZADHR) by midday said it had treated about 13 people, but an official later put the number of shooting victims at 24 and five deaths were reported.