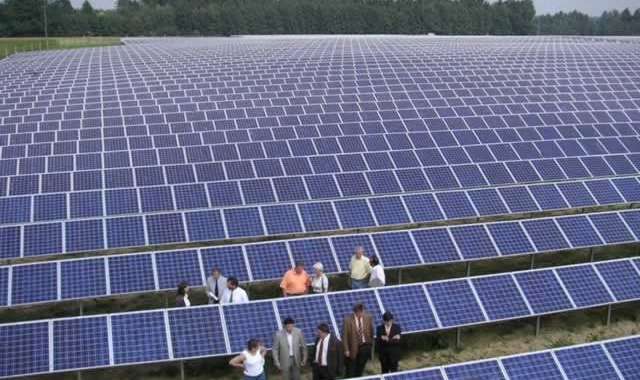 Business Reporter
CHINESE electrical engineering giant, CHiNT Electric, has committed a $52 million advance payment demand guarantee for the 100 megawatts Gwanda solar farm (Matabeleland South), as it seeks to unlock funding needed to develop the project. The Chinese company, with $30 billion in assets and annual turnover of over $12 billion, said it was willing and ready to provide a guarantee covering 30 percent of the engineering, procurement and construction (EPC) aspect of the contract.

Construction of the Gwanda solar plant was initially quoted at $172 million, but the price was later reviewed down to $132 million due to the falling costs of constructing solar energy plants across the entire world.

The price cut represented 20 percent of the original project cost. State power utility, Zimbabwe Power Company (ZPC), is the contractor. Gwanda solar farm is part of a series of national strategic power projects envisaged to close the country’s acute shortage of power, which is augmented by regional imports at a time the country is facing serious shortage of hard currency.

According to the Chinese firm, upon receipt of the advance payment demand guarantee, ZPC is contractually obligated to effect payment equivalent to 30 percent of the EPC project cost, less $7,4 million advances it would have paid for pre-commencement works.

CHiNT said the proposal for immediate payment after an advance payment guarantee comes in light of progress on the pre-commencement works, which are nearing completion and to avoid delays, it needed part of the EPC funding to perform the works.

The company’s Vice President, Dr Lin Bosheng, told the contractor, ZPC’s acting managing director Josh Chirikutsi that CHiNT wanted to make an advance payment guarantee and immediately after ZPC to release part of EPC funding. Dr Bosheng said this was provided for in clause 5b of the Contract Agreement for the project.

The company noted that arrears from previous State guaranteed projects had scuppered financial mobilisation and delayed the project.

“In addition to the efforts by our counterpart to secure funding locally and the achievement of financial closure, we will assign CHiNT to obtain an advance payment demand guarantee provided for in terms of Clause 5b of the (Gwanda solar farm EPC) contract agreement.

“The advance payment by ZPC will be accordingly utilised for, among other purposes, funding the facility costs and fees.

“The advance payment will also be used to complete any outstanding works in anticipation of the commencement of the EPC contract once financial closure has been reached,” Mr Bosheng wrote to ZPC.

Eng Chirikutsi could not be contacted for comment, but Gwanda solar project local partner Intratrek Zimbabwe executive chairman Wilson Manatse said the new dispensation had brought hope to all “Zimbabweans, consequently successful implementation of the project was inevitable.”

Intratrek is expected to complete pre-commencement works for Gwanda in the next three to four months and these included completion of a feasibility study (successfully completed and submitted), acquisition of land for the project (concluded), due diligence of CHiNT and Intratrek (Done), authorisations by parties to the EPC to execute the project and production of an environmental impact certificate.

CHiNT Electric Co has built more than 4 000MW of solar farm energy across the world and is among leading global firms in installation of turnkey solar systems.

Further, Mr Cunhui is also an executive member of the Chinese Federation of Industrial Economy who has received several awards for his business acumen.

The Chinese group said that it was committed to attract as much capital for the Gwanda solar project as possible from local and international infrastructure financiers, a commitment evidenced by its agreement to the reduction of the EPC price.

The bonds will be raised through Zimbabwe’s biggest bank by assets and revenue, CBZ Bank, a behemoth financial institution in which the State has significant stake. The State Procurement Board, now Procurement Regulatory Authority of Zimbabwe, approved the alternative funding arrangement. It (SPB) is also the one that awarded the project to the lowest bidder to specification.

Initiatives to address the energy deficit are in line with medium term policy, Zim-Asset targets, which aims for energy self-sufficiency beyond 2018. Currently, Zimbabwe has an energy deficit of 600MW, but with the economy depressed, the deficit will widen as the economy recovers.