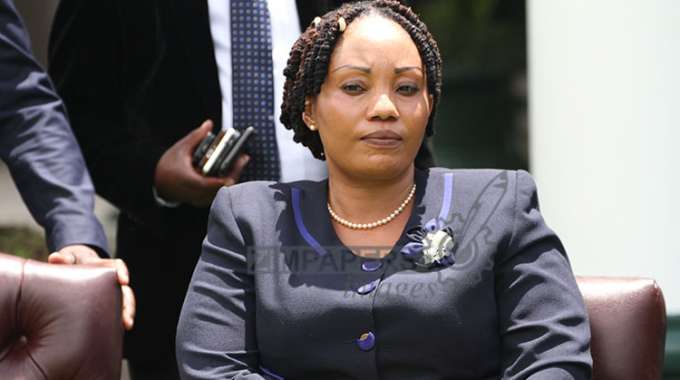 Bulawayo Bureau
About 7 200 people, the majority of them diplomats, have applied for postal voting in the July 30 elections, the Zimbabwe Electoral Commission (ZEC) has said.

Applications for postal voting for security officials and others that will be away on national duty on the day of voting closed last Thursday.

ZEC chairperson Justice Priscilla Chigumba said in a statement yesterday that applications for postal voting were being processed.

“The Commission has received about 7 200 postal vote applications and they are being processed,” she said.

“However, this does not mean that all applications will be considered as some of them may not be on the voter’s roll.”

In an interview yesterday, ZEC acting chief elections officer, Mr Utoile Silaigwana, said the majority of the applicants were diplomats deployed outside the country.

The country will be holding a ward-based harmonised election on July 30.

According to the law, postal voting is only available to individuals who will be outside Zimbabwe on Government business on the polling day and their spouses.

Postal voting is only open to such people who apply to do so within 14 days after the sitting of the Nomination Court.

The successful applicants will be furnished with the voting material in advance and will be required to send their votes in sealed packets to the chief elections officer at least 14 days before the actual date of the poll.

The chief elections officer will then distribute the postal votes to their respective constituencies in their sealed envelopes within seven days of the date of the actual poll.

The postal votes are further despatched to their respective ward centres before the actual poll. They are only opened for counting at the ward centre at the time of counting the votes for the ordinary poll.

Meanwhile, Justice Chigumba revealed that printing of ballots for the Presidential and National Assembly polls was underway at Fidelity Printers in Harare, while the printing of ballot papers to be used for the local authority elections is being done at Printflow in Harare.

“The total number of ballot papers printed as well as the number to be distributed to each polling station will be notified in due course once the printing has been concluded,” she said.

The Electoral Act states that the Commission shall ensure that the number of ballots printed for any election does not exceed by more than 10 percent the number of registered voters eligible in the election.

Justice Chigumba said in the spirit of transparency and stakeholder engagement, the Commission invited stakeholders, including representatives of all political parties contesting in the Presidential elections, local and foreign observers, embassies, as well as civic society and faith-based organisations to witness ballot paper printing at Fidelity Printers last Friday.

She said the Commission noted with concern demands by some political parties to get very close to the printing machines, which are located in an area with high security documents belonging to other clients.

Justice Chigumba said the Commission viewed such demands as an abuse of its desire for transparency.

“According to Section 239(g) of the Constitution, the designing and printing and distribution of the ballot papers are the sole responsibility of ZEC,” she said.

“Anyone else other than ZEC demanding to be involved in these functions directly or indirectly is deemed by the Commission as one attempting to usurp the powers and independence of the electoral management body.”