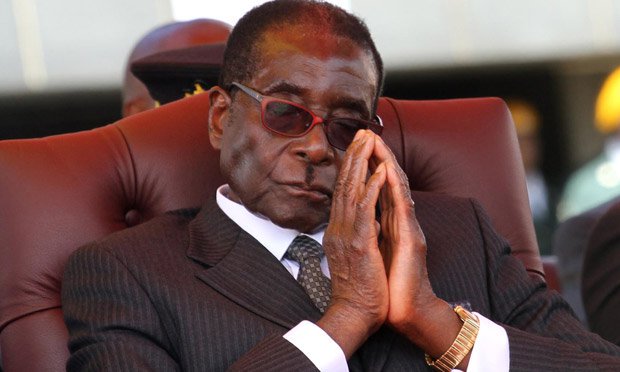 Herald Reporters—
EIGHT out of 10 Zanu-PF provinces yesterday held Provincial Coordination Committee meetings that resolved to call for the resignation of First Secretary and President Cde Robert Mugabe failing which he should recalled from Government for reasons of incapacitation and losing control of the party to his wife, Dr Grace Mugabe. The provinces also called for the reinstatement of expelled former Vice President Cde Emmerson Mnangagwa saying his expulsion was illegal as it circumvented the Central Committee, the party’s highest decision-making organ outside Congress. A special Central Committee meeting, the provinces said, should be convened within 48 hours to re-align the revolutionary party with current political develop- ments.

The structures also called for the resignation of Women’s League Secretary and First Lady Dr Grace Mugabe, failing which the party should remove her from the post. Eight of the party’s 10 provinces, with the exception of Matabeleland North and South that were to meet later, held highly subscribed Provincial Coordination Committee (PCC) meetings that were attended by war veterans, legislators, Politburo and Central Committee members.

Women and Youth League members also participated. The structures applauded the Zimbabwe Defence Forces (ZDF) for its intervention and called for the prosecution of members of the G40 cabal. They said the cabal, which was misleading President Mugabe and fomenting chaos in the party and country, should be expelled from the party and prosecuted. The structures also want members who were unfairly expelled from the party reinstated, including Cde Mnangagwa.

In Harare, Politburo members Cdes Cleveria Chizema and Omega Hungwe led party cadres at the provincial headquarters and called for the expulsion of Politburo members Cdes Saviour Kasukuwere, Jonathan Moyo, Patrick Zhuwao and Ignatius Chombo. Cde Goodwills Masimirembwa read the resolutions. He said since the December 2014 Congress, the G40 cabal, using their association with the First Family, undertook a project to expel and suspend party members without following the party constitution.

Freedom of expression, Cde Masimirembwa said, had been curtailed, with members being subjected to intimidation in the name of the First Lady. “Having taken note of these issues, the provincial coordinating committee meeting has resolved that the actions taken by the Defence Forces be supported in full and that all evil cabal members be dealt with accordingly,” he said.

“President Mugabe must be recalled as the party President and be allowed to retire and be given his status as an elder statesman. The province urges the Central Committee as the supreme organ of the party to urgently meet and give effect to these resolutions. The party should convene a special Central Committee meeting within 48 hours to realign the party in line with current political developments.”

Cdes Chizema and Hungwe said while it was sad that President Mugabe had been misled by counter-revolutionaries, Zanu-PF would continue respecting and seeking guidance from him. In Mashonaland Central, the PCC called for the expulsion of provincial chairperson Cde Dickson Mafios and secretary for administration Cde Wonder Mashange. Muzarabani South National Assembly member Cde Christopher Chitindi read the resolutions.

The province said Cde Mnangagwa should be reinstated since his dismissal was not endorsed by the Central Committee. Mashonaland West Provincial Affairs Minister Cde Webster Shamu said: “Zanu-PF is a revolutionary party. Since our days in the liberation struggle we went through the Nhari and Badza rebellions among others, but what kept us going as a party was unity of purpose and ideological clarity. Let us follow party ideology.”

Mashonaland West provincial war veterans chairperson Cde Cornelias Muoni weighed in: “The party is supreme, not individuals. Slogans must change to confirm that the party is supreme, not individuals.” Similarly, Zanu-PF Masvingo province yesterday unanimously called for President Mugabe to step down, accusing him of having lost control of the party to his wife. Provincial vice chairperson Cde Ailess Baloyi read the resolutions at a meeting held at Masvingo Showgrounds. The province described the dismissal of Cde Mnangagwa as “unjustified and illegal”.

Midlands province said President Mugabe had failed to end factional fights as he openly sided with the G40 cabal fronted by his wife. “The reasons for realigning the party constitution stems from the realisation that the President is now incapacitated,” said party provincial spokesperson Cde Cornelius Mpereri. He said the province wanted Cdes Victor Matemadanda, Edmore Samambwa and Lewis Mathuthu readmitted in the party.

They said the late Cde Espina Nhari (Women’s League secretary for administration), who died in a car crash in May 2016, should be reinstated posthumously. She had been dismissed from Zanu-PF for chanting the slogan “Pasi neG40” at a rally. Mashonaland East called for the prosecution of the G40 cabal in resolutions read out by provincial chairperson Cde Bernard Makokove. During the meeting, some of the party members waved placards denouncing the G40 faction and hailing ZDF Commander General Constantino Guveya Chiwenga.

In Manicaland, the meeting consistently denounced Dr Mugabe, Prof Moyo, Cdes Chombo and Kasukuwere. More than 100 members attended the PCC meeting held at Mutare Polytechnic. It was all praises for Gen Chiwenga and the ZDF whom they described as a “liberators par excellence”. Acting provincial chairperson Dr Samuel Undenge and his loquacious wife, Cde Letina Undenge, however did not attend the event. Provincial secretary for administration Cde Kenneth Saruchera read the resolutions, saying: “We want a Central Committee meeting to re-align the party so as to make it functional.”