Zimbabwe’s informal mining sector is in the spotlight after an accident at a gold mine killed at least 24 people last month. The deaths were entirely preventable, and another accident is likely if there is no long-term strategy to formalize Zimbabwe’s mining industry, Augustine Makoni says in an interview. 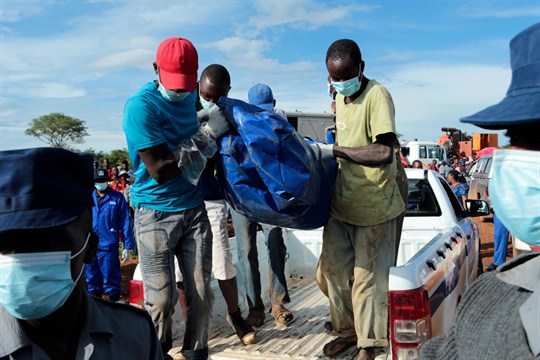 Zimbabwe’s informal mining sector is in the spotlight after an accident at a gold mine killed at least 24 people last month. As many as 70 informal miners were believed to be working inside two abandoned mineshafts near the town of Battlefields, southwest of Harare, when the underground tunnels were flooded by water from a burst dam. Eight miners were rescued but others are unaccounted for and feared dead, as authorities struggled to drain water from the shafts.

President Emmerson Mnangagwa officially declared a state of disaster and pledged all available government resources for rescue efforts. According to many mining experts, the accident was entirely preventable. Augustine Makoni, a veteran of Zimbabwe’s gold mining industry who serves on the executive board of the Gold Mining Association of Zimbabwe, tells WPR in an interview that the mineshafts were left open when they should have been sealed. “The necessary reclamation of those shafts and closing them up—that was not done,” he says. “I then put the blame squarely on the regulatory and supervisory authority.” …