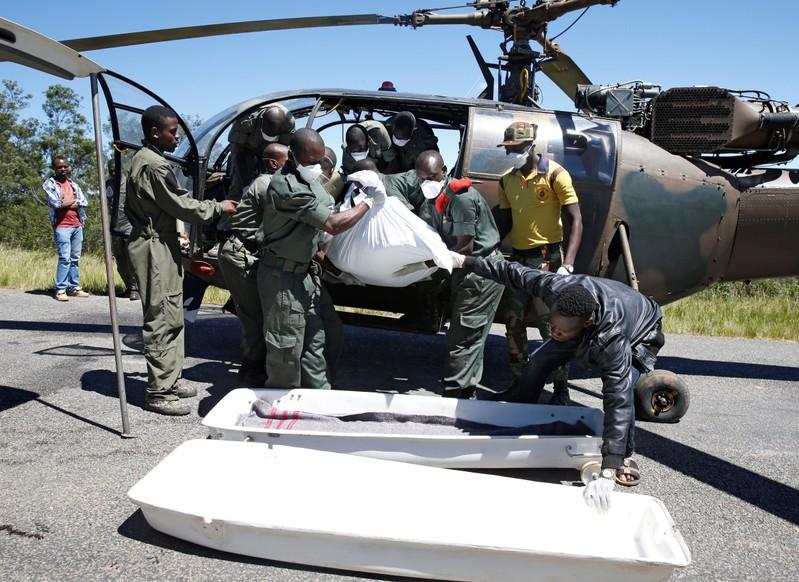 Members of a rescue team offload a body retrieved from areas flooded in the aftermath of Cyclone Idai in Chimanimani, Zimbabwe, March 21, 2019. REUTERS/Philimon Bulawayo

GENEVA (Reuters) – At least 259 people were killed in Zimbabwe by Cyclone Idai, and some 217 are missing, the U.N. migration agency said on Friday.

Hundreds of people had been injured and authorities had confirmed that 16,000 households had been displaced, the International Organization for Migration said in a statement.