Source: A Zim scribe’s encounter with Al Bashir – The Standard May 5, 2019 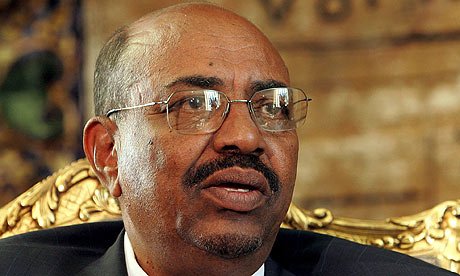 “How is my dear brother President (Robert) Mugabe?”

The person asking me the question with a booming voice was then Sudanese President Omar Hassan Ahmed Al Bashir in Khartoum, a few years ago.

The encounter was at State House.

We had already established that he lived alone with soldiers at his official residence and had no known children.

His big arresting eyes had lit up, followed by a broad smile the moment I was introduced as a Zimbabwean.

I noticed that he was not as tall as the media portrayed him.

He was clad in long flowing gowns, which he kept adjusting in a very theatrical and elaborate manner.

I mumbled something to the effect that Mugabe was fine and thriving back home in Harare, Zimbabwe.

He smiled even more.

I had not enquired about Mugabe’s health before leaving Harare, but was willing to gamble that with all the state resources at his disposal, he should be doing just fine.

Al Bashir became even happier upon discovering that there was another Zimbabwean in the delegation, in the form of veteran journalist and Makonde Member of Parliament, Kindness Paradza.

Paradza is now the chairperson of the Parliamentary Portfolio Committee on Foreign Affairs and International Trade.

After shaking hands with Paradza, Al Bashir immediately decreed that Paradza and myself should sit near him as he wanted to know how his “brother” Mugabe was doing “because of those evil sanctions” from Western countries.

He looked a bit chubby and maybe deceptively harmless, but underneath was an alertness of a coiled cobra.

A lot of thoughts were racing through my mind about what I had read about him.

Before the meeting started, he expressed his admiration for Mugabe for standing up against imperialists.

Ignoring everybody else in the room, Al Bashir told Paradza and myself that he and Mugabe were being targeted by the international community for “loving and empowering our people”.

“The British and Americans don’t like Brother Mugabe because he has given Zimbabweans their land back.

“They don’t like us because we have refused to be their puppets. They want our resources for nothing,” he said as he almost went into a frenzy.

A meeting had been planned so that we could enhance the safety and security of our comrades working in Sudan, among other things.

We knew he was desperate to meet African journalists.

A high-ranking African diplomat had confidentially whispered that he was hoping the media would help him extricate himself from the International Criminal Court’s and other charges of impropriety.

While Al Bashir may have tried to cultivate good relations with journalists, especially from Africa, he did not seem to trust them that far.

Having inquisitive journalists being let loose among the Sudanese to ask all sorts of questions may not have been his cup of coffee.

The country was virtually under lockdown so we noticed due to a very tight security establishment and we often joked about how our minders were armed men.

Although our base was Khartoum for the visit, for some days we were housed at a sugar plantation, more than 500km away from the capital.
Like all sugar estates, the place is unbearably hot and we were sufficiently immobilised to remain sheltered in the protected area.

As I followed events on the fall of Al Bashir, I could not help but compare the similarities in how the two men who had a mutual love and admiration for each other had been toppled from power.

It does look like both men will be “safe” as Mugabe is still being well looked after by the state, which sends him overseas for medical treatment, while Al Bashir has been jailed although Ugandan President Yoweri Museveni has offered him asylum.

Museveni is among the few remaining African presidents who have ruled their countries for decades.