Abductees to spend weekend in jail

Source: Abductees to spend weekend in jail – The Zimbabwean

THREE victims of abduction and torture will spend the weekend in jail after Harare Magistrate Bianca Makwande indicated that she will hand down her ruling on their bail application next week after they were arrested on Wednesday 10 June 2020 and charged with falsifying their abduction and torture at the hands of suspected state security agents. 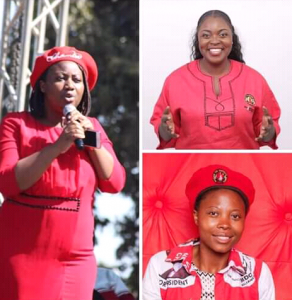 Prosecutor Charles Muchemwa told Magistrate Makwande that Hon.
Mamombe, Chimbiri and Marova stage managed their abduction and told
falsehoods to their lawyers, relatives and friends that they had been
abducted on 13 May 2020.

Muchemwa said the false statements by the MDC-Alliance youth leaders
attracted some adverse comments from local and international
organisations including from some heads of missions at some foreign
embassies and the United Nations Special Rapporteurs, who condemned
the abduction and torture, thereby tarnishing the image of the country
and affecting the country’s prospects of an economic recovery.

In response to the allegations by Muchemwa, Alec Muchadehama and
Jeremiah Bamu, the lawyers from Zimbabwe Lawyers for Human Rights,
representing the trio told Magistrate Makwande that their clients were
being victimised for seeking justice over their abduction, torture and
sexual molestation and that the arrest and prosecution of the trio was
an attempt by Zimbabwean authorities to cover up their abduction and
torture.

The lawyers argued that their clients who are victims of abduction and
enforced disappearance and torture had been turned into villains.

While Muchemwa had argued that Hon. Mamombe, Chimbiri and Marova
should be denied bail and detained in prison because they would flee
Zimbabwe with the assistance of some foreign embassies before they
stand trial, Muchadehama and Bamu dismissed the claim as scandalous.

Magistrate Makwande postponed the matter to Monday 15 June 2020 when
she will hand down her ruling on the trio’s bail application.

Hon. Mamombe, Chimbiri and Marova went missing on 13 May 2020 when
they were abducted in Harare and were found on 15 May 2020 after being
dumped in Bindura in Mashonaland Central province.