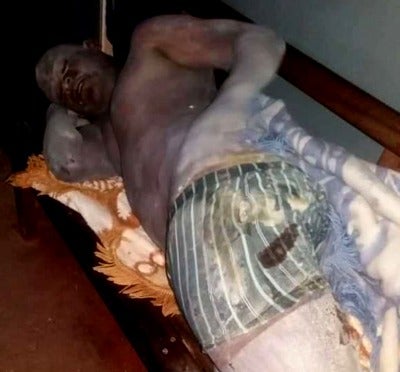 Kanotunga was reportedly seized by five armed men as he slept at his home in Mufakose, Harare where he is the local MDC youth leader.

The Zimbabwe Lawyers for Human Rights (ZLHR) confirmed Mombeyarara’s abduction, saying it was allegedly in connection with the workshop he attended in Maldives.

“It’s with great sadness and regret that ZLHR confirms the abduction and severe assault and torture of Mombeyarara by six heavily armed unidentified men from his home early this morning. During the assault and or torture they interrogated him about the Maldives training,” ZLHR said in a statement.

Mombeyarara, who is linked to the Zimbabwe Human Rights NGO Forum, is currently admitted at a private hospital, where he is receiving treatment for injuries sustained during the assault.

On Kanotunga, ZLHR said the opposition youth leader was seized by five armed men at his home in Mufakose, assaulted and later dumped in Chitungwiza.

“Five unidentified armed men abducted Kanotunga from his house and assaulted him with blunt objects, indiscriminately. He was later dumped near Chitungwiza,” the Zimbabwe Human Rights NGO Forum said.

The Forum said Kanotunga was interrogated about tomorrow’s protests.

The human rights body condemned the attack on Mombeyarara and Kanotunga, calling them medieval attempts by the State to intimidate human rights defenders.

“The use of medieval tactics to intimidate human rights defenders, including abduction and torture, is deplorable. The Forum has also verified the torture of Tatenda Mombeyarara in which he was accused of regime change and organising the 16 August protest,” the Forum said in a statement.

Mombeyarara is among the seven activists who were arrested in May as they returned from a Centre for Applied Non-Violent Action and Strategies workshop and charged with attempts to unseat President Emmerson Mnangagwa’s government through unconstitutional means.

He is out on bail while waiting for trial on charges of attempting to subvert a constitutionally-elected government.

Some of the activists, who face similar charges, have also reported that they are being trailed day and night by suspected State security agents.

MDC secretary-general Chalton Hwende said he visited Mombeyarara in hospital and was shocked at the extent of the injuries he sustained.

“We are dealing with a brutal regime which fights ideas with guns, whips and fear, but we will not be intimidated, we know what is right for this country and we will defend it. We are a party of ideas and not guns, we say no to war,” he said.

Heal Zimbabwe Trust expressed concern at the increase in reports of abduction of activists.

“Heal Zimbabwe notes that the continued use of abductions and torture as a tool to punish and instil fear in citizens to intimidate them from peacefully demonstrating and petitioning government is not only criminal, but also regrettable,” HZT said.

The MDC youth assembly said the abductions were a clear provocation on civilians.

“As an assembly, we reiterate our call for non-violent engagement to proffer solutions to the illegitimacy and economic crises and that’s the very reason why we have implored peaceful means to register our discontentment in all our 20 years of existence as a party,” youth assembly spokesperson Stephen Sarkozy Chuma said.

“It is very clear that the State’s latest new low is a sign of cowardice and desperation to stop our August 16 mass action programme.”