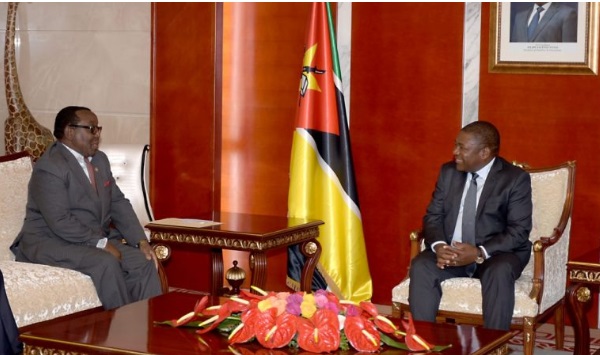 Ambassador Khaya Moyo has been on a tour of Southern Africa where he has also met with His Majesty, King Mswati III of eSwatini, Lesotho Prime Minister Dr Thomas Thabane and South African President Cyril Ramaphosa.

In all the instances, Ambassador Khaya Moyo delivered special messages from President Mnangagwa and held discussions on matters of mutual interest.

A statement from the Ministry of Foreign Affairs and International Trade last night said: “Ambassador Simon Khaya Moyo, in his capacity as His Excellency President Emmerson D. Mnangagwa’s Special Envoy, delivered a message to His Excellency Filipe Jacinto Nyusi, President of the Republic of Mozambique, in Maputo on 14 August 2019.

“The parties also had the opportunity to exchange views on matters of mutual interest.”

The visit was part of Ambassador Khaya Moyo’s regional tour while representing President Mnangagwa ahead of the SADC Summit slated for Tanzania.

The SADC Summit is scheduled for August 17 to 19 and President Mnangagwa, on behalf of Zimbabwe, is expected to take over the chairmanship of the SADC Organ on Politics, Defence and Security.