Affordable health for all a priority: ED 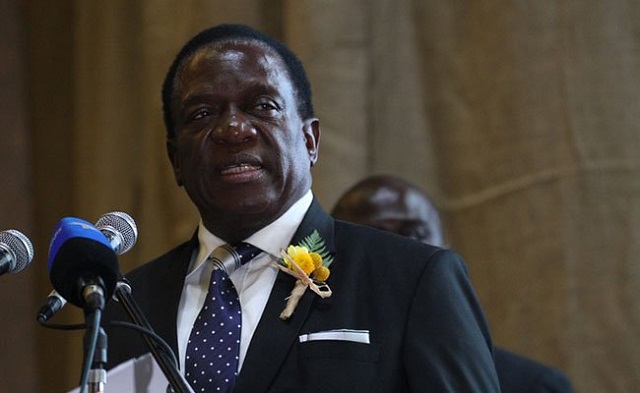 Limukani Ncube, Editor
THE Government is working on measures to make essential drugs readily available in hospitals and pharmacies as it also seeks to reboot the country’s capacity for local production of drugs, President Emmerson Mnangagwa has said.
Writing on his weekly column published by this publication and our sister paper, The Sunday Mail, the President said pharmaceutical drug manufacturers led by Caps Pharmaceuticals have to be resurrected.

He added that it was “unacceptable” that some drugs were being sold in hard currency in pharmacies, further burdening the sick.

“I am happy that discussions between Caps and a prospective partner are at a very advanced stage. Before long we will celebrate a retooled and operational Caps which should recover its past glory as a key drugs supplier in the region and on the continent.

“Similar companies like Varichem, Pharmanova, Datlabs, as well as NatPharm’s proposed manufacturing subsidiary, NatMed, must, likewise, be supported. There is a huge market for drug manufactures on the continent where only a couple of nations have manufacturing capacity,” he said.

The President added that the Government was also working on assisting the industry to import essential drugs, as most companies were being affected by legacy debts to source drugs.

“The figures before me show that recent disbursements by the Reserve Bank of Zimbabwe have largely been swallowed by the legacy debt, with very little going towards fresh orders of pharmaceutical products with which to meet current demand, let alone for restocking.

“In the immediate and interim, we must use our national drug store facility, NatPharm, which is the least encumbered, as our vehicle for placing fresh orders for medicines, while we tackle the legacy debt. Where foreign drug suppliers have local agents who may be incapacitated to import for reasons already cited, some arrangements may have to be reached with NatPharm so we move speedily to plug the import gap.

“In other cases, drugs may have to be imported through Government to Government arrangements, with the responsible ministry, supported by the ministries of Finance and Economic Development, Foreign Affairs and International Trade, and Transport and Infrastructural Development, moving with speed to secure arrangements, and to move drugs to stabilise the situation in the shortest possible time.”

President Mnangagwa said the Vice-President of India will visit the country this week and negotiations will be held to explore possibilities on pharmaceutical supplies on the back of government to government arrangements.

“Likewise, we will engage other governments with supply capacity at good value for money. Our scope of engagement with friendly governments will go beyond drug imports,” he said.

The President added that the health sector should also address the skills factor by getting more specialists trained so that people do not have to travel outside the country for health services.

“Many Zimbabweans are turning to foreign countries for specialised healthcare. This is very expensive for our nation. Zimbabwe’s healthcare is not competitive, relative to similar services in other countries, developing or developed. But the story goes further than affordability.

“It is also about sparse skills in the country, and about poorly-equipped health facilities. Yet what we end up spending on foreign care more than doubles what we need to build these specialist skills, and to equip and stock our specialised hospitals for more advanced interventions.”

The President said, however, the country has registered remarkable success in containing communicable diseases, even becoming a global model on best practices. He said vital medicines reach all clinics and hospitals through distribution channels of NatPharm, the country’s central warehouse for pharmaceuticals and related products.

“Our Ministry of Health and Child Care has isolated 19 drugs which must always be in stock and available in clinics and hospitals to underpin our primary healthcare. In addition, Government ensures adequate stocks for drugs for communicable diseases like HIV/Aids and tuberculosis, and for malaria. Our partners have also weighed in to complement Government efforts in delivering health services to our people. We thank them for their support. My Administration has ensured that we are able to offer free health services in certain critical areas, as well as taking care of the vulnerable,” he said.