Zimbabwe is being forced into a corner by the refusal of multilateral lenders to lend the country more money as the southern African nation faces economic meltdown, according to the government’s top treasury official. 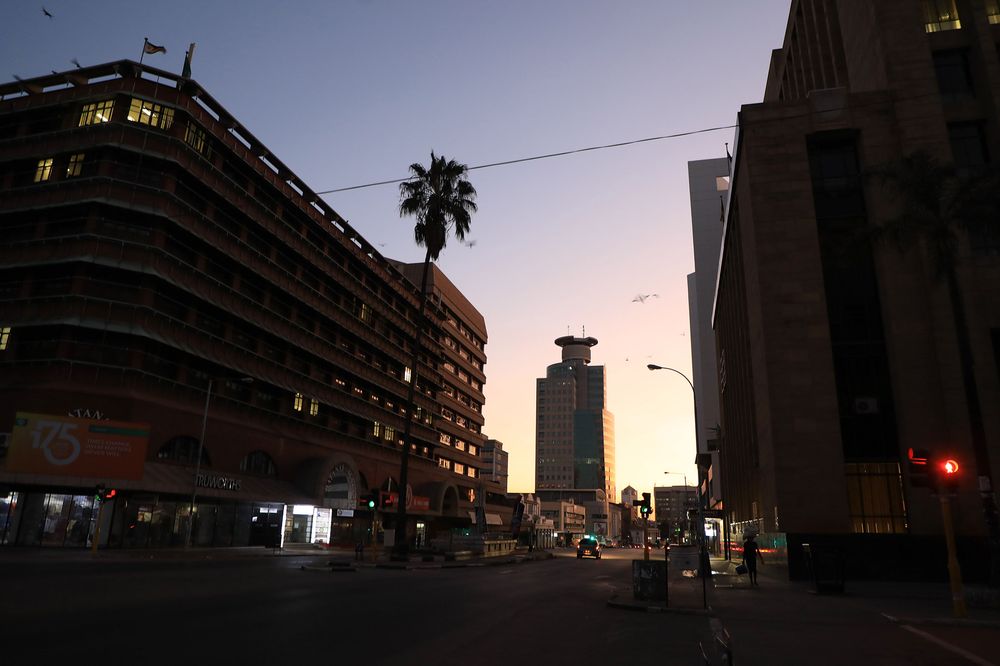 Zimbabwe is being forced into a corner by the refusal of multilateral lenders to lend the country more money as the southern African nation faces economic meltdown, according to the government’s top treasury official.

“Its very difficult to run the economy without any external support,” George Guvamatanga, the finance and economic development secretary, said in an interview. “You need a buffer to support you and without it that’s where the temptation to print money comes.”

Shunned by multilateral lenders since defaulting on payments in 1999, Zimbabwe still owes $7.66 billion to various international financial institutions, including the World Bank, the European Investment Bank, the Paris Club and the African Development Bank.

As a result it’s been excluded from official bailouts and debt relief extended to other countries in the wake of the coronavirus pandemic, relying largely on grants from donors to deal with the subsequent health crisis.

Still, Zimbabwe’s woes were legion even before the pandemic struck. The economy is in free fall as a result of persistent shortages of foreign currency, fuel and food. Rampant inflation and a local currency that has imploded since being re-introduced last year.

President Emmerson Mnangagwa has repeatedly pledged economic and political reform, but a clampdown last month on opponents calling for mass protests against alleged state corruption has served to intensify international criticism of his government. Mnangagwa remains unmoved, saying the demonstrations were an “insurrection” that sought to overthrow his administration.

Debt relief was a cornerstone of Finance Minister Mthuli Ncube’s strategy to kickstart the economy. But his plan immediately stumbled when the Paris Club, a group that represents creditor nations including members of the Organisation for Economic Cooperation and Development, said the country first needed to improve its human rights record and pay outstanding arrears.

“Its been a frustrating exercise; you tick off items on the list and then you get given a new list,” Guvamatanga said of government attempts to re-enlist financial support. “Most of our engagement is around technical support. We would want to push it beyond that.”

The World Bank’s said its position on Zimbabwe “had not changed” and the country remained ineligible for direct financial assistance. “Support to countries like Zimbabwe that are not current on their debt service can only be provided through trust funds, with allocations managed and programs implemented primarily through our technical assistance programs,” a spokesman for the Washington-based lender said in an emailed response to questions.

The International Monetary Fund said although the country was in good standing with the institution, it had unsustainable debt and longstanding arrears to official creditors.

“The economy is in the midst of a crisis, with very high inflation and approximately half the population food insecure,” a spokesman said in an emailed reply to questions. “Any potential IMF financing arrangement would require clearance of arrears to other international financial institutions and bilateral creditors. These prerequisites for financial assistance are longstanding, although the current juncture exacerbates the macroeconomic challenges.”

Still, Guvamatanga insists that Treasury has met all the agreed economic benchmarks and this was enough for the lenders to reconsider their stance.

“Some of the effects of policy are not immediate,” he said. “There is definitely a lag time and for some policies it will take time for them to be felt on the ground by citizens.”

The government was living within its means, has no overdraft with the central bank and recorded a surplus of Z$800 million ($9.6 million) in the six months through June. Under his watch, government departments had “learned that ‘no’ is also an answer they could receive,” he said.