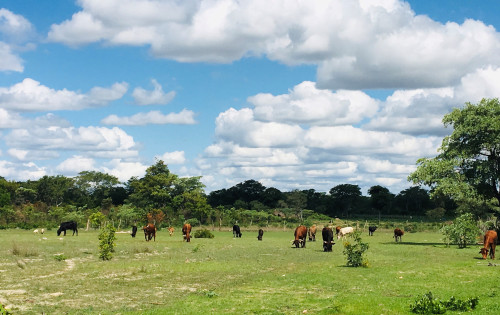 As part of the on-going discussions about Zimbabwe’s new land policy, land tenure is a central concern. Zimbabwe has a multi-form land tenure system, involving different legal arrangements and different forms of authority. This suits a complex land system with multiple users wanting different things out of holding land. This has been acknowledged time and time again, most prominently by the Presidential Commission on Land led by Mandi Rukuni way back in 1994.

Each time there is a policy review, consultants and commentators line up to make arguments for regularising what is seen as a messy, complex system. Drawing on ideology more than evidence, they argue for a standardised, ordered system based on a singular form of titled private property. There are many examples of this position – and alarmingly I heard them in a number of aid agencies in Harare recently. Eddie Cross is the most consistent and articulate proponent, seemingly having persuaded large sections of the opposition movement and many donors too.

In order to justify an overhaul, a whole series of simplistic narratives are deployed. The most persistent of which is the assumption that freehold private tenure is the desired gold standard, and all reforms should aim to create cadastral uniformity with private, individual plots registered. This is assumed to result in the release of land value as land becomes ‘bankable’, able to be used as collateral for investment credit.

Titling is not always the answer

As so many have shown – and has been discussed on this blog many, many times – this narrative is deeply problematic. I apologise for coming back to this subject yet again, but the argument needs repeating, as it’s vitally important. For a refresher, see the short note (replicated in this blog) I produced with the late, great Sam Moyo years ago in an earlier attempt to address these misplaced arguments.

Bottom-line, there are other routes to delivering security of tenure, facilitating investment and financing of land-based activities than freehold tenure. Leases and permits with the right wording are perfectly good bases for collateral, and mortgaging land is not the only solution to agricultural financing anyway. And of course private titling land is not always a route to tenure security and sustainable management of resources. It depends on the political and institutional context. Just ask any white farmer around 2000 about the limits of security on private titled property. And consult the vast research resources compiled by Nobel Prize winner Elinor Ostrom on the security of forms of common property.

Yet, it’s only particular forms of individualised, private property rights are seen as sacrosanct by right-wing, libertarian think-tanks like the Cato Institute – and their dubious followers in southern Africa. But, we must always remember the aim is not to generate one type of legal property arrangement, but security of tenure on any sort of land through diverse ownership arrangements.

Security emerges from different sources. These are political, social, cultural as well as through formal legal allocations of rights. These sources of authority have to emerge together. Traditional systems of communal land tenure, overseen by chiefs and headman and governed by culturally-accepted rules, can offer tenure security, just as can a piece of paper allocating a title. But this depends on whether the authority overseeing such tenure regimes is legitimate, trusted, transparent and accountable; and this depends on politics. It is the political settlement pertaining to land that provides security – or the opposite.

A political settlement over land

The problem in Zimbabwe is that, despite the repeated proclamations, there remains no finalised political settlement over land, even after 20 long years. This lack of settlement is what produces insecurity, and in its wake the on-going process of politically-motivated land grabbing that continues to plague the sector, especially around elections. Building a political settlement around land is not just high-sounding proclamations from the top, and some performative interventions to show willing, but also it means investing in the administrative and bureaucratic system that offers security and clarity. This may seem tedious – centred on recording, auditing, registering and documenting – and centred on the bureaucratic domain of surveyors and lands offices. But this demanding, long-term building of bureaucratic capacity is essential.

The fact that there are (finally) moves towards agreed compensation settlements with farmers whose land was acquired for land reform is very good news. It appears agreements are close on valuation measures, even if the mechanics over how compensation will be paid are as yet unclear. This is important, as the impasse that has lasted now nearly 20 years has been debilitating. Agreement on this will mean that the land reform areas, now settled for years, can no longer be deemed ‘contested’ by international donors and investors.

This means that donor and private support and investment can flow, without ‘restrictive measures’ (aka ‘sanctions’) getting in the way. With compensation processes agreed, then investment in land administration systems can follow; perhaps with some district level pilots, as I recommended a while back. In any area, this will allow for clarity on who owns what, and in turn audit systems can evaluate how land is used, and whether land is being held outside agreed laws, and with this clear, local negotiations over land use ownership can follow.

Getting an effective land administration system functioning is central to providing tenure security. Under such a such a system a multi-form tenure system is possible. It doesn’t have to be a one-size-fits-all solution. Donors endlessly push supposedly successful land titling projects, whether in Rwanda or Ethiopia, but rarely mention the pitfalls, or the historical failures such as Kenya, where the consequences – sometimes bloody and violent – are still being felt.

A land tenure system in a multi-form setting just has to accept different approaches for different areas: leases for larger A2 farms, registered permits for new A1 farms, and selective registration for some parts of communal areas, as required (such as protection of village land against aggressive land acquisition by mining concerns or, in peri-urban areas, housing developers). Overall the aim is the same: enhancing tenure security where it’s needed (more in A2, less in communal areas), but not assuming that there is one (legal/administrative) solution. Such a system needn’t be complex and expensive, and the use of satellite technology certainly speeds things up.

Despite the persistent, ideologically-driven arguments, the ideal for Zimbabwe must not a fully titled private land tenure system with every parcel registered in a deeds office. This would take decades to complete and would not take account of the flexible arrangements required, particularly in smallholder and communal settings. I wonder sometimes whether those who push such a line have worked on the ground in such settings where overlapping systems and complex negotiations are the norm, and required. A simplistic form of land titling would also create conflict of massive proportions with boundary disputes endlessly clogging up administrative courts.

The best solution is to go for a parsimonious approach, maintain the multiform tenure system, and enhance tenure security through improving land administration – and avoid an apparently neat titling option that will not work.