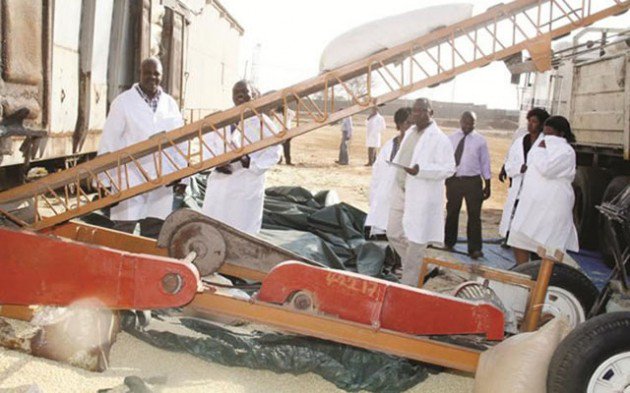 Zimbabwean farmers did so well with the last harvest that the agricultural
sector is now expected to grow 34 percent this year, more than three times
the 11 percent initially projected in the budget at the end of last year.

This huge jump in production is propelling total economic growth and is
one of the main factors for the new estimate of 7,8 percent economic
growth this year by Finance and Economic Development Minister Mthuli Ncube
in his Mid-Term Budget and Economic Review given on Thursday last week.

This larger-than-expected jump in production was driven by better harvests
of maize, groundnuts, and sorghum and those in turn came from a
combination of a good rainfall season, supported by adequate planning and
preparation in a range of Government-programmes well before the season
started ensuring that farmers had adequate inputs on time.

“The Meteorological Services Department records indicate that the country
largely received normal to above normal rainfall during the past season,
with even distribution in space and time,” the minister said.

That had been backed by Government measures launched before the rains
started, such as Pfumvudza/Intwasa conservation scheme, Presidential Input
Scheme, National Enhanced Crop Productivity Scheme (known better as
Command Agriculture), more irrigation, the Livestock Growth Plan and the
farm mechanisation programme, which all contributed to the better
harvests.

Those measures led to the initial predications of a minimum of 11 percent
growth, and the decent rains and better use of the inputs meant the
farmers increased the value of their production by more than a third.

“As a result of the above supportive measures, the crop and livestock
assessment report indicates an overall 23 percent increase in area planted
for crops to 3,5 million hectares in the 2020/2021 season. During the
first six months of the year, the Budget disbursed $$11,9 billion to the
ministry for targeted interventions which were complemented by US$10,9
million from development partners,” he said.

He said the UNDP-administered Zimbabwe Resilience Building Fund disbursed
US$2,5 million towards provision of technical and financial support for
the first and second crop and livestock assessment, training of 1 045
agricultural extension workers and 10 785 farmers on resilient and
sustainable agriculture technologies in the 18 operational districts,
among others.

As part of the development partner support, IFAD also disbursed a grant of
US$2 million under the Smallholder Irrigation Revitalisation Programme for
rehabilitation of irrigation schemes in Masvingo, Midlands, Manicaland and
Matabeleland South.

The support targeted training of extension workers and youths in
operations and maintenance at the rehabilitated schemes, conducting of
economic and technical feasibility studies at Romsely, Cashel Valley,
Mushandike and Silalabhuhla irrigation schemes; and programme operational
costs.

Zimbabwe is expected to harvest 2,7 million tonnes of maize during the
present summer cropping season, the highest yield in 20 years.