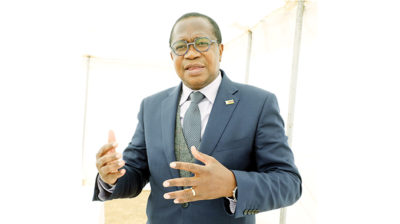 Zimbabwe plans to begin payments to Paris Club creditors, to clear its
US$3.9 billion longstanding debt, in the second half of this year, Finance
and Economic Development Minister Professor Mthuli Ncube has said.Paris Club is a group of officials from major creditor countries whose
role is to find coordinated and sustainable solutions to the payment
difficulties experienced by debtor countries.

The minister said external debt arrears alone make up over US$6.5 billion
(77 percent) of total external debt. Zimbabwe is trying to clear its
external debt to reopen external lines of credit, after the major ones
ended at the turn of the millennium.

The southern African country remains unable to secure funding from global
lenders like the International Monetary Fund, although it cleared its
debts in 2017, due to the pari passu rule, which requires all global
lenders to be treated equally).

“Token payments are part of the re-engagement process with the
international community in line with the arrears clearance and debt relief
strategy which is critical in regaining access to concessional financing
from both multilateral and bilateral development partners.  Payments to
Paris Club Creditors will also begin in the second half of 2021,” he said.

Zimbabwe has continued to meet its external debt obligations despite
present fiscal constraints and the devastating impact of the Covid-19
pandemic, Minister Ncube said recently.

Figures from Treasury show that multilateral development banks are owed a
total of US$2,6 billion (accounting for 32 percent of the total public and
publicly guaranteed external debt), of which the World Bank Group is owed
US$1,5 billion, the African Development Bank US$705 million, European
Investment Bank US$330 million and other multilaterals US$66 million.

The total bilateral external debt amounts to US$5,48 billion (accounting
for 68 percent of the total public and publicly guaranteed external debt),
of which Paris Club creditors accounted for US$3,39 billion, and non-Paris
Club, US$1,58 billion.

Around 70 percent of that debt consists of arrears and penalties for
non-payment.

According to the finance minister, although payments to other lenders were
on-going, China had granted Zimbabwe a moratorium on payments.

“For China we have received a moratorium, which is actually complying with
the G-20 resolutions, that between now and December they can give us a
stay of execution in terms of those payments. But we will resume payments
again once we are supposed to resume,” the minister said recently

Earlier this year, the G-20 requested multilateral lenders to explore
options for suspending debt service payments while maintaining the
International Bank for Reconstruction and Development (IBRD)’s and the
International Development Association (IDA)’s financial capacity, ratings,
and low cost of funding.

The Covid-19 pandemic has affected most economies and has significantly
affected many countries’ ability to service external debts, which may have
a cyclical effect on the long-term performance of these economies.

“The impact (of Covid-19) globally has been devastating economies. We have
seen the growth rate initially set at around 3 percent having been
reviewed to around -8 percent for developing economies.

“But we are optimistic that this will be a V-type growth scenario, which
means there might be a big decline this year and then we can expect a
recovery next year. And for Zimbabwe we expect the same,” said the
Treasury boss.

Experts say unsustainable public debt levels can have a negative impact on
capital accumulation and growth through higher longer-term interest rates,
inflation and greater uncertainty about economic and fiscal policies,
among other factors.