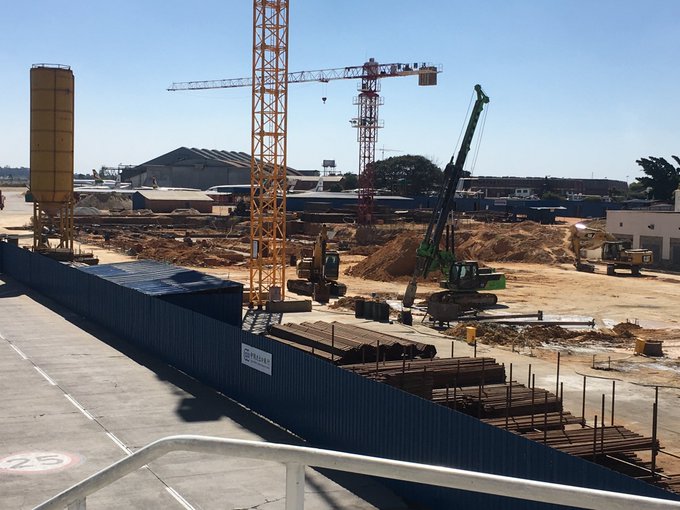 JULIA NDLELA
THE government through the Airports Company of Zimbabwe (ACZ) is targeting a wholesale rehabilitation of its airports across as the country looks at matching global aviation trends.

This comes after growing calls for the government to consider upgrading its aviation infrastructure.

Finance and Economic Development minister Mthuli Ncube last year said the broad-based project was part of a grand plan to ensure that Zimbabwe complies with the minimum requirements of the International Aviation Organisation and the European Union Air Safety Committee.

“This year we are continuing with the RG Mugabe International Airport development project as well as installation of the perimeter fence at Buffalo Range Airport.

“The new wings at RGM Airport will be completed later in the year, then we will move to refurbishment of the current international and domestic terminal buildings,” Gusha said.

He highlighted that there was construction of a Disaster Recovery Centre and additional office space at Charles Prince Airport in Mount Hampden while other airports were expected to receive different levels of upgrading.

ACZ was separated from the Civil Aviation Authority of Zimbabwe (Caaz) to improve efficiency.

Caaz’s main focus now will be on regulation of the aviation industry to ensure high standards of security.

In terms of the regulatory function where we carry out oversight on all the operations in the country, we do this under a framework of a specialised agency of the United Nations which is called the International Civil Aviation Organisation (ICAO),” Caaz director-general Elijah Chingosho said at a media briefing recently.

Moreover, Chingosho said the authority has had constant engagement with relevant stakeholders to bring in new players in the sector.

“So far this year we have a European operator called Eurowings, expecting to start operations in March this year, flying from Frankfurt via Windhoek to Victoria Falls.

“We also have a local operator, Fly Africa whom we expect to have started operations. We also received inquiries from eSwatini,” Chingosho said.

Chingosho added that the Covid-19 pandemic and its different emerging variants was one of the constraints delaying operations.

Currently, about 16 airlines operate services to and from Zimbabwe.

Air transport has become indispensable for the development of the tourism industry and if Zimbabwe is to rebuild its tourism industry in competition with other African states, sustained improvements in air safety and security as well as in airside and landside facilities remain essential.