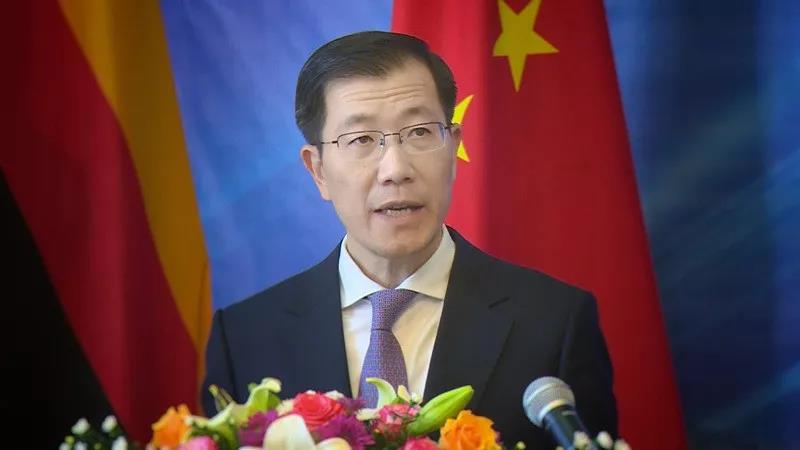 BY PROBLEM MASAU
CHINESE ambassador to Zimbabwe, Guo Shaochun, yesterday shot down claims of abuse of workers by Chinese employers, describing the conflicts as “mere misunderstanding and cultural clashes”.

There have, however, been several reports of physical abuse of workers at Chinese-owned companies while mine workers have complained about low wages being paid at Chinese operations.

Addressing the media yesterday, Guo said Chinese employers were doing everything above the law, adding that the “few” incidents were fuelled by misunderstanding.

“Most Chinese employers keep good relationships with local workers. Some allegations of improper practices by a few Chinese employers are mainly because of misunderstanding or cultural differences. The embassy’s position is clear that all Chinese companies are encouraged to do more for local people and must comply with the laws, regulations, culture and customs of the host country,” Guo said.

He called for strengthening of relations between foreign investors and locals must be strengthened.

“Wrongdoers must be held accountable. The embassy also encourages and supports the Zimbabwean government, the media, local communities and other stakeholders in promoting mutual understanding and good relations between Chinese employers and local workers,” he said.

“For years, Chinese companies have not only created thousands of local jobs, but also actively conducted their social responsibilities for the local communities by building hospitals, schools and roads, drilling boreholes and donating foodstuffs.”

The embassy also refuted claims that Chinese businesses do not bank money in the country and write their invoices in Mandarin to avoid paying taxes.

“Chinese companies have been investing in and growing with Zimbabwe for years. They have created thousands of local jobs, increased the country’s tax revenues and forex inflows, upskilled local workers and generated business opportunities for local companies.

“Our basic position is clear. All businesses, including those from China, must comply with the laws and regulations in the host country. Wrongdoers must be held accountable. We support Zimbabwe in strengthening its regulatory framework and law enforcement,” Guo added.

“We call for compliance monitoring teams composed of government officials, local councillors, and community representatives to be set up in foreign-invested companies. If anyone finds the possible wrongdoings of Chinese companies in Zimbabwe, he or she is welcome to file official complaints to the relevant Zimbabwean authorities, but we suggest such complaints consist of necessary basic elements.”