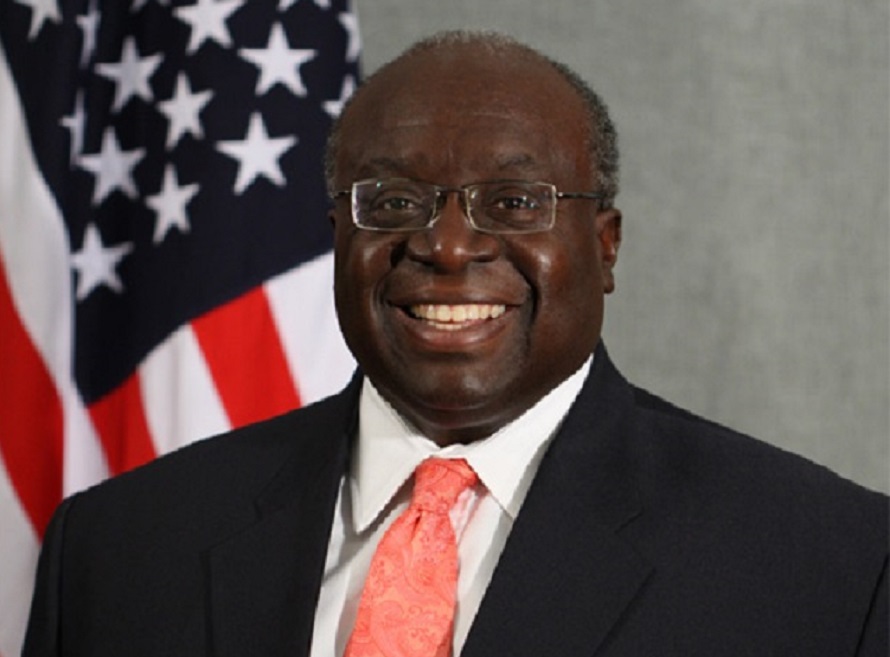 Morris Mkwate, Harare Bureau
The US government and major American firms are responding favourably to Zimbabwe’s new political and economic trajectory, with global giant General Electric poised for investments in the country.

Senior GE officials were in Harare last week to explore areas of interest, among them infrastructure, Air Zimbabwe, rail services and energy, and will return soon.

The delegation — the first of its kind to visit Zimbabwe in years — also said the Trump administration had not imposed fresh sanctions on the country.

Further, American observers could be on the ground during Zimbabwe’s 2018 harmonised elections, again a first in years.

In an interview with our Harare Bureau and Zimpapers Television Network, US Ambassador to Zimbabwe Mr Harry Thomas Jnr was upbeat about GE’s interest. The firm is the world’s 14th largest company (Global 2000 Rank, 2017) with roughly US$365,2 billion in assets, a market value of US$261,2 billion and US$10 billion annual profits.

Ambassador Thomas said: “We were very excited that General Electric came. And even better, they are going to come back soon! They are looking at infrastructure projects. We will have to see what details there are. We were pleased they met with the Parliament and Cabinet. I think that’s key as we go forward.

“They’ll make the decisions that are in their best interest and also on how they can best help the people of Zimbabwe because you want jobs, you want power. So, GE can be key to that because, of course, they were very involved in Hwange years ago. The important thing that you should be excited about is that they came and that they are coming back.

“A company as large as GE takes time to make decisions.

They have to talk to everybody there. But I think it’s positive that they came; the most important thing for them is: can they get their money out? What are the property rights? Those things will be key. But we are very encouraged that they were here and that they are coming back.”

Mr Hastings said the US was keen to restore normal diplomatic relations with Zimbabwe. He said President Mnangagwa’s administration was showing “positive signals” such as commitment to free and fair elections and inviting international poll observers.

“Our message with the President and everyone we’ve met – Government officials and others – has been very simple: we are very optimistic about Zimbabwe. We think Zimbabwe has a great opportunity right now to put itself on a new and positive path, and the United States would like to join in that and help it do so.

“At the same time, the key actions that must take place really rest with the Government of Zimbabwe. For there to be a changed relationship, there must be change which takes place on the ground here in Zimbabwe. The first among those changes is, of course, the overwhelming importance of an election – coming up in a few months in July or August – which is free, fair, credible and non-violent. We had a conversation about that.

“We are also interested in economic reforms. Zimbabwe has tremendous economic potential. We know that there are US companies which – looking ahead – would like to get involved in Zimbabwe. Some of them spoke to us in South Africa; some of them spoke to me in America and they are asking our opinions about the country.”

“This is actually an annual renewal of sanctions that have been in place since President George W. Bush. Whenever the US government has a sanctions programme in place, there has to be that automatic renewal every year just to keep it going. So, that’s all that it was a few weeks ago. I believe it was reported in one of the newspapers here that it was new sanctions being placed against President Mnangagwa. That’s actually not true.

“There’s been no change in our sanctions since November: no new sanctions, no lifted sanctions . . . We would definitely like to see a day come on which our relationship with Zimbabwe can be much more normalised without sanctions.”

“The delegation came to Zimbabwe in response to the President’s message: Zimbabwe is open for business. Zimbabwe belongs to the family of nations and bygones should remain bygones. They came to ‘measure’ the extent to which Zimbabwe can engage with the US.