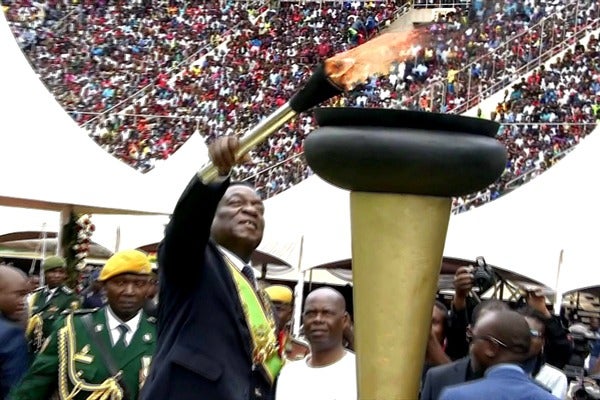 As we celebrate the Independence Day this month, most of us have gloom scribbled all over our faces as we cry about a hopeless future.

When the late former President Robert Mugabe took over from the Ian Smith colonial government in 1980, the political arena immediately took another twist.

Zimbabwe was once a promising country, a jewel of the African continent and a hub of African industry, but all that vanished and was flushed down the drain. We failed to take a holistic and radical approach to maintain the gains of independence ushered to us.

Since 1980, Zimbabwe has seen a gradual disintegration and gradual shrinking of the political space because Mugabe wanted to create a one-party State.

Zimbabwe will be turning 40 years of Independence in two weeks time and as we look back into all these years, I see the country making some few strides forward and more steps backwards.

Our country is going through a lot of storms ranging from political, social and economic ones. The country has been ravaged by drought, poor governance, cultic politics, poor economic policies, corruption and lack of political will.

We have lost a good 40 years through unproductive politics, witch hunting, fighting each other to score political goals and seeking political space instead of discussing issues to do with development in order to boost our country’s economy.

Yes, the country has failed to recognise the facets of economic development like the construction of roads, investing in sound healthcare and communication and engineering systems.

Our infrastructure is an eyesore to look at as I write this, 40 years into independence. We have been overtaken by countries like the once troubled Rwanda and Ethiopia, just to mention a few.

Our current leadership which is masquerading as the “new dispensation” has failed to address issues to deal with national healing.

The ineffective National Peace and Reconciliation Commission has failed to address issues to deal with peace, unity and harmony in the country, rendering it useless.

There is no way a country can move forward if there are still fissures of discomfort, dehumanisation and disunity among citizens.

There is still discontentment within the nation where people are pulling in opposite directions. The political arena has become a hard hat area for opposition leaders and members. They must navigate with caution if they really want to participate and play their roles in politics,

Political harassment, abductions especially on members of the opposition has become the order of the day.

Government food programmes have been politicised. Members of the opposition are denied access to food aid because of their political affiliations. There is no political tolerance.