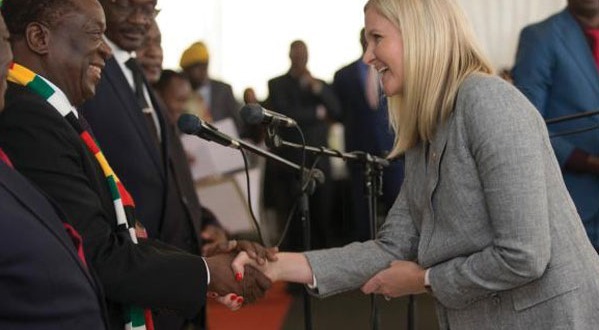 THE Zanu PF government has brought untold misery on the people. Whether it is the military doing this behind the scenes so that Zanu PF can remain in power through brutality and torture, needs to be investigated.

It is a huge shame that Zanu PF is still going forward with its corrupt and brutal ways.

Its culture is outdated. Zanu PF can’t see this is testament to the quality of its leadership.

The buying of vehicles ahead of food and medicine confirms that Zimbabwe is being run by clueless people.

A newly-born baby’s giggle can send the country in the right direction better than the current Zanu PF leadership.

But we should not be surprised at all. Remember, Zanu PF has at its leadership core three people accused of having a hand in the 1983-87 Gukurahundi massacres.

We are following all the games being played by Zanu PF regarding MDC-T and MDC Alliance.

All we can say is that anyone who aligns themselves with the Political Actors Dialogue is endorsing the Zanu PF culture of bribery and corruption.

MDC Alliance is a fully recognised political party since it contested in the last elections.

As Corruptionforce, we support the rule of law and sovereign constitutions, but we condemn anti-democratic efforts.

The international world supports free and fair elections, but Zanu PF does not want that as it fears losing power and having all its scams exposed.

Zimbabwe is a failed State because of Zanu PF. They are still looting and stealing, but denying everything. In short, the culture that the late former President Robert Mugabe nourished is still entrenched.