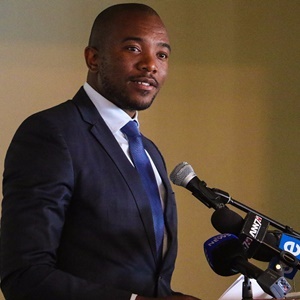 Johannesburg – DA leader Mmusi Maimane is hopeful that the recent events in Zimbabwe will teach South Africans a lesson.

Maimane was speaking at the Daily Maverick’s “The Gathering” in the Sandton Convention Centre on Thursday.

Maimane said liberation movements had a tendency to become the very thing that they fought against.

“The ANC and Zanu-PF are, as young people say, in the same WhatsApp group.”

He said, just as Zanu-PF had promised the Zimbabwean people a new beginning, the same could be said about the ANC.

“At a quick glance, you think these guys are clean when you hold them up against Jacob Zuma, but they are not.”

‘The ANC is dead’

He said members of the ANC had played a part in keeping Zuma in power.

“It does not matter who wins in December, the ANC is dead. I am not here to pick a candidate for the ANC, otherwise it would contradict my statements that the ANC is dead.”

Maimane said that if South Africans from other parties – including the ANC – were willing to work with him to make a better South Africa, then he would work with them.

When asked if he would work with Deputy President Cyril Ramaphosa, he laughed and said Ramaphosa had previously defended Zuma.

But he did dish out advice to three of the ANC presidential hopefuls- Ramaphosa, Dlamini-Zuma and Lindiwe Sisulu – who all pulled out from the event which they had committed to attending.

“I would call upon all of you to recall President Jacob Zuma. I will join you in that motion of no confidence and I believe you must immediately institute a judicial commission of inquiry, as recommended by the Public Protector.

“You also need to remove Shaun ‘the sheep’ Abrahams, and also stop dreaming about a nuclear deal.”