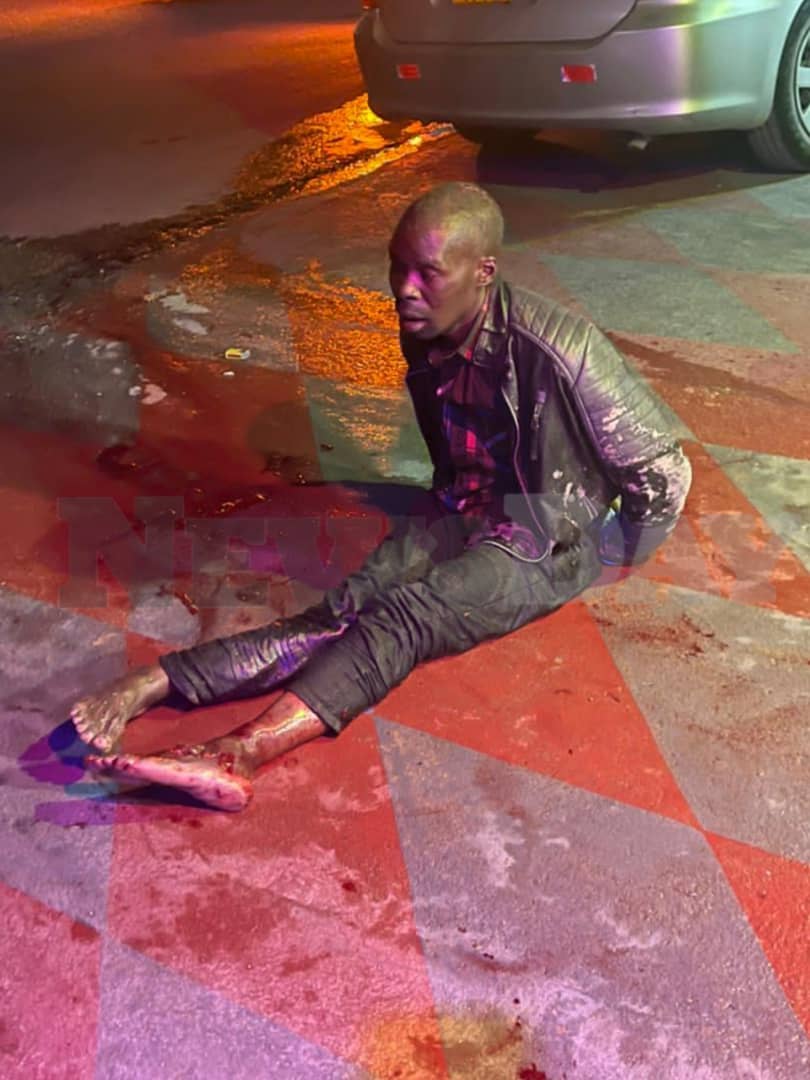 BY REX MPHISA
A suspected armed robber was assaulted, stoned and sjamboked to death by an angry mob after he was apprehended by his would-be victim in Beitbridge on Monday.

It is not clear at which point the victim died, but was pronounced dead on arrival at Beitbridge district hospital on Monday morning.

“At the moment that is what we have. A man has died after a mob attacked him in Dulivhadzimo. He is suspected to be part of a gang that was caught at night breaking into a house,” Nyongo said.

He said the man was part of a four or five men gang, some of whom escaped, when the now deceased was cornered by residents.

It is understood that the robbers entered the victim’s house while the owner had gone to collect his wife from the bus terminus.

His young brother, whom he left at the house, called him after he saw a group of the suspected armed robbers breaking into the gate.

The man alerted neighbours and surprised the robbers who fled in different directions and one was cornered.

The body of the deceased was taken to Beitbridge district hospital mortuary.

Beitbridge has in the last two months been hit by armed robberies targeting different classes of people.