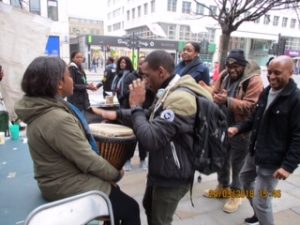 President Mnangagwa’s efforts to present a smiling clean new face to the outside world has been undermined by the inadequacy of his attempt to tackle the corruption that has laid waste to the Zimbabwean economy.

His offer of an amnesty to those illegally holding money abroad has produced little reward and his list of alleged looters has been derided for not including any politicians and officials widely regarded as among the main players in the corruption free-for-all that has characterized the last 20 years.

Mind you, some of the cases mentioned in the press make interesting reading; for instance the Ekusilen medical centre, a specialist hospital in Bulawayo was launched by the National Social Security Authority 14 years ago but has never been operational despite the millions it has sent out of the country.

Anyway, the target set by Mnangagwa to be returned was piffling when Mugabe himself admitted that $15 billion alone had been looted from the Chiadzwa diamond mines. This money disappeared while Obert Mpofu was minister of mines. He is widely believed to be one of the richest men in Zimbabwe, apart from the Mugabe family, Mnangagwa himself and Vice-President Lieutenant-General Chiwenga. Once Mugabe’s ‘most obedient son’, Mpofu, now Home Minister, has transferred his abject devotion to Mnangagwa.

A parliamentary committee was recently told by businessman Lovemore Kurotwi that Mpofu had demanded a $10 million bribe to allow him to mine in Chiadzwa in 2009, although Kurotwi had already won the tender. Not surprisingly, Mpofu refused to answer questions about the matter.

A spokesman for Crisis Coalition, Tabani Moyo, commented that if Mnangagwa wanted the world to think that his is a ‘new’ administration he had to clean it up. He added that the government’s back yard was decorated with ‘filthy lucre’ (see: https://www.dailynews.co.zw/articles/2018/03/23/obert-mpofu-opens-up-on-his-wealth).