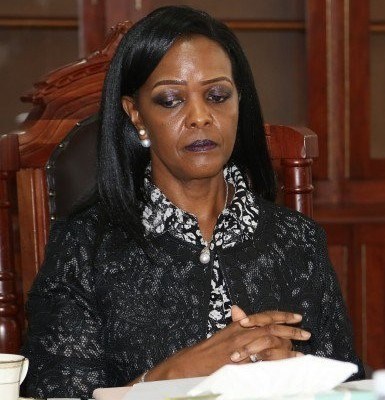 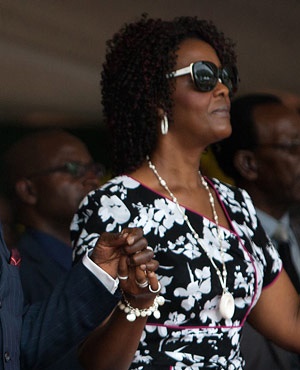 Zimbabwe has launched an investigation into the country’s former first lady, Grace Mugabe, over her alleged involvement in an ivory smuggling ring.

The probe was opened after a three-month undercover mission by Australian wildlife photographer Adrian Steirn.

Speaking exclusively to Al Jazeera, Steirn said he uncovered the poaching and smuggling syndicate when he began looking into the illegal ivory trade in December.

“Ivory was being sourced either from the national park’s vault, being thieved or pilfered, or from live elephants being killed by poaching syndicates. The syndicate would then sell to Grace Mugabe’s clientele,” he said.

“She would then be able to pack that and send it out through the airport. Anything through that airport, that was the property of the first lady, was not searched or scanned in any way.”

Steirn has gathered documents, undercover videos and testimonies, which he showed to Al Jazeera’s Investigative Unit. They expose the syndicate and the former first lady’s involvement in ivory smuggling, he said.

Controlled ivory trade is allowed in Zimbabwe, but its export is not permitted.

In a written statement to Al Jazeera, Christopher Mutsvangwa, a special adviser to President Emmerson Mnangagwa, said Zimbabwe’s government “will seek answers from all parties including former First Lady Grace Mugabe … about their knowledge of the illegal export of prohibited items from our country.”

Two alleged smugglers have been charged with possession of ivory.

Al Jazeera contacted Grace Mugabe’s staff, lawyers and relatives for comment, but they did not respond.

During the presidency of her husband, Robert, she was a controversial figure, earning the nickname “Gucci Grace” for her extravagant shopping sprees.

Her hopes of succeeding him were dashed when the army forced Mugabe from power in November, and Mnangagwa took over.

That was when Steirn saw an opening to investigate, going undercover as an ivory buyer.

Steirn said the evidence he gathered connects that shipment to Grace Mugabe and the smuggling syndicate.

Al Jazeera’s Malcolm Webb, reporting from Johannesburg, said Mnangagwa’s government was eager “to clean up its international image after decades of Mugabe rule”.

“The poaching and smuggling investigation is the first major challenge to the Mugabe family dynasty since the change of power,” he said.