Anti-graft war goes a gear up 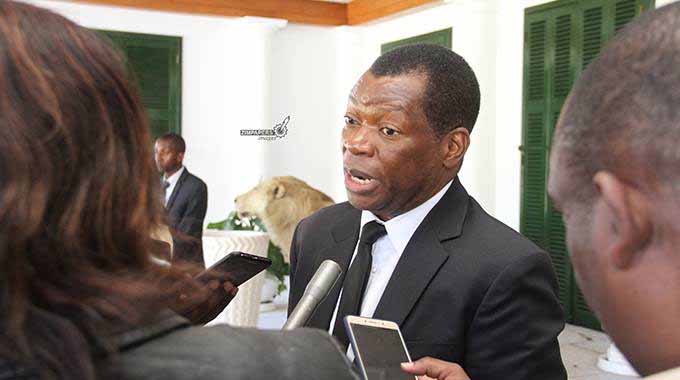 The merger, Mr Hodzi said, has strengthened efforts to combat corruption and a number of dockets have been finalised in a short time and are now ready for trial.

In a statement, Mr Hodzi said the taskforce had since invited a number of suspects for questioning on corruption allegations.
“We have merged with the special presidential prosecutorial unit, ZACC and the police to form a strong team that is expected to effectively and efficiently prosecute corruption cases, especially high- profile corruption cases,” he said.

“We have, in a short space of time, put in place effective strategies for the prosecution of these matters in a manner which is effective.

“The most important improvement is that high quality dockets with watertight evidence are now going before the courts.”
Mr Hodzi said with the evidence gathered in the graft matters, all those guilty of corruption will be convicted.
“The unified team is determined to get almost a zero percent acquittal rate henceforth,” he said.

Mr Hodzi said there was now unity in the NPA, as the discord that characterised the office was now a thing of the past.
He said prosecutors were now pulling in the same direction.

“The attitude of all the prosecutors has been remarkably positive after spelling out the vision we have for the country, especially the anti-graft thrust,” said Mr Hodzi. “Prosecution of high-profile corruption cases has commenced in earnest.”
The NPA last week managed to prosecute the fraud case of television personality Oscar Pambuka and politician Psychology Maziwisa.

They are accused of swindling the Zimbabwe Power Company (ZPC) of $12 650.
The duo allegedly charged ZPC $12 650 for facilitating to have the State broadcaster air news items on the power utility’s behalf.